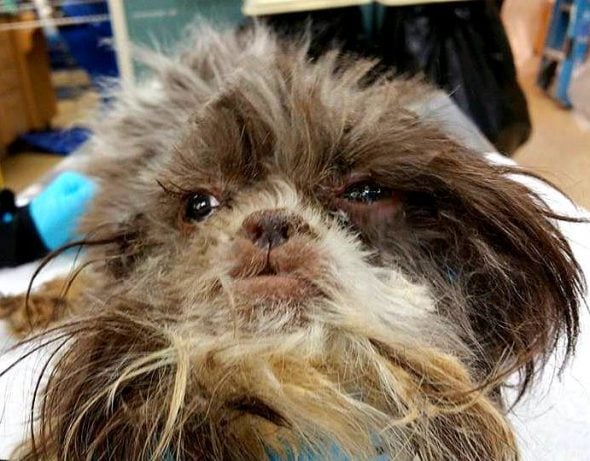 Three weeks ago, we told you about Liz, a small dog so skeletal that she couldn’t even support herself anymore.  Since being taken in by Trio Animal Foundation, she has gained weight and isn’t just able to stand now, but play and have fun with other littles who started out life a lot like she did.

This is what TAF said upon her arrival into their care:

We were called about a dog that was brought to an open access shelter. She was soaked in urine, blinded by matted fur over her eyes, emaciated and unable to stand on her own. We picked her up and brought her straight to the ER vet. 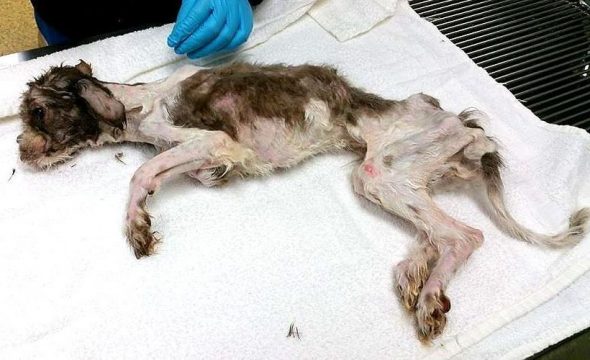 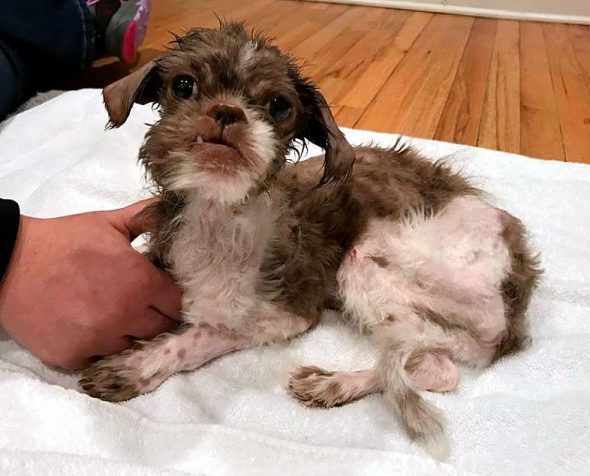 February 15th – Today we increased the distance that Liz walked and gave her a more challenging surface to walk on. She was able to walk 100 feet without hesitation and was willing to do more for treats.

We also began Liz’s physical therapy to encourage Liz to use her rear legs to push herself up onto a raised surface to increase her hind-end awareness. Since Liz has severe muscle atrophy, our goal is to strengthen her rear leg muscles through various exercises which will gradually increase in difficulty.

Liz’s medical team is really happy with her progress and we look forward to sharing her journey with you!

February 20th – On January 30th Liz weighed in at four pounds. Today, Liz weighs in at seven pounds! If we can get her to gain at least four more pounds, that would be great.

At this point, she still has little to no muscle mass but we are continuing to work on that as she has more energy.

In addition to all of this, Liz has finally started drinking water on her own! She will actually get up by herself and walk over to get a drink.

You can’t see it here because for whatever reason, TAF disabled the ability to embed this video, but if you click on the link below you’ll get to see Liz playing for the first time with therapy dog-in-training, Bentley.

February 24th – It doesn’t get much sweeter than this… Walking into a room and seeing two once forgotten shelter pups snuggling. Liz and Bentley have formed a true friendship. 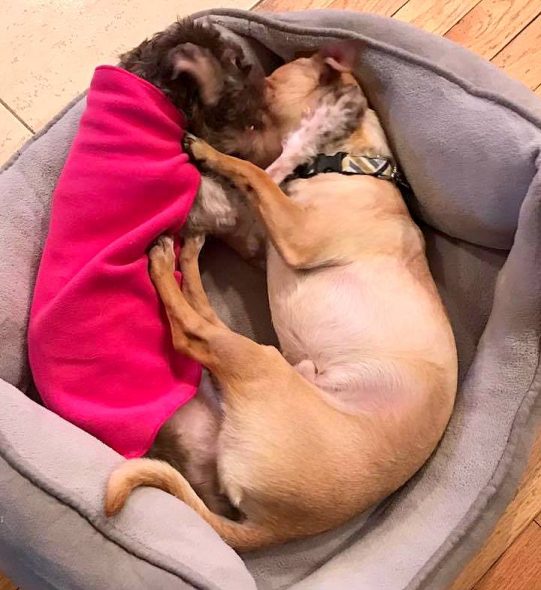 February 26th – CUTENESS OVERLOAD… Hazel Grace, Bentley and Liz are having a pajama party to watch the Oscars! 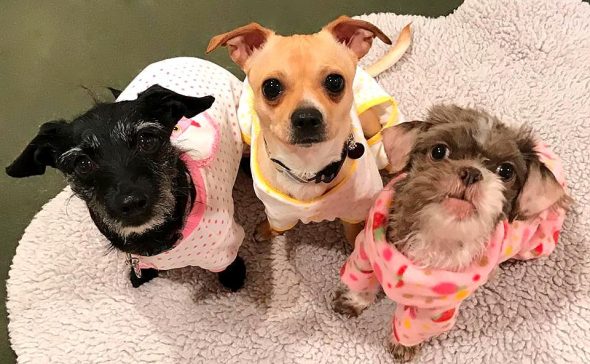