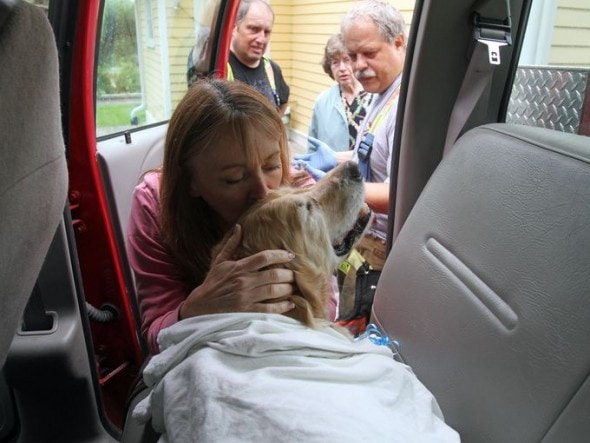 Back in June, we brought you the story of Audrey Stone and her service dog Figo.  Figo had jumped in front of an oncoming bus that was about to hit Stone, and saved her life.  Well, four months later and Figo has recovered, and now he and Stone are once again a team.

“Oh, my good boy,” said Stone as she hugged Figo, his tail wagging like never before.  “You’re home – finally!”

Before the accident on June 8th, the two had been together for about six-and-a-half years.  They were about to cross a street they have done time and time again, just one block from their home. 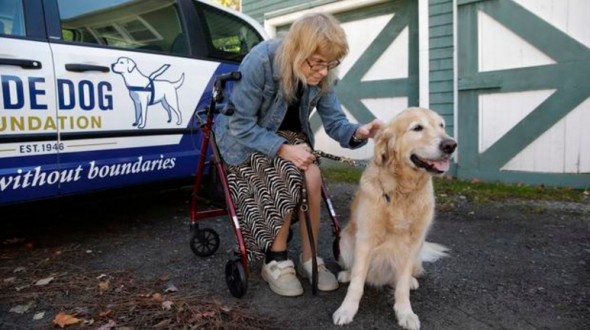 That’s when a mini-bus coming down the street, towards the pair at the crosswalk.  Figo realized that the bus was going to hit Stone, and in an effort to save her life he jumped in front of her.  He didn’t get her completely out of the way, but did enough to leave her with some bumps and bruises and not the alternative.

Figo ended up taking the majority of the blow, injuring him badly.  Even though he was badly hurt, he made every effort to stay right by Stone’s side until help came.

Luckily,when help did arrive, the EMS workers saw what Figo had gone through in an effort to save his human.  They also got him to an animal hospital as quick as they could, and managed to save the heroic dog’s life as well.

Figo has made a full recovery.  He even was put through a battery of tests to ensure that he’d be able to preform at his job of service dog fully.  He seemed to be 100%, so now he is home.  Even though he can’t use words to express his happiness, the evidence is all too plainly seen on this super dog’s face and tail. 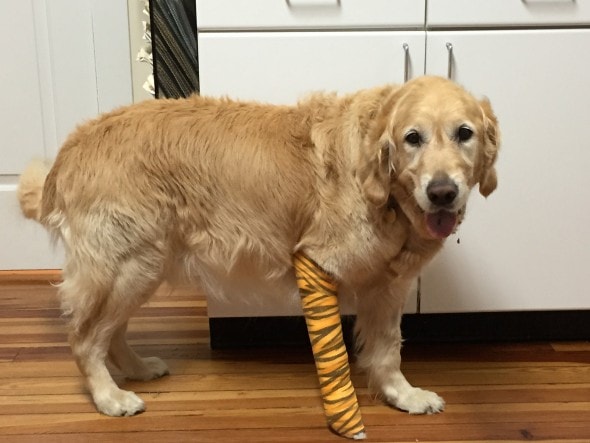 This news video is from the original story that took place on June 8th, 2015.