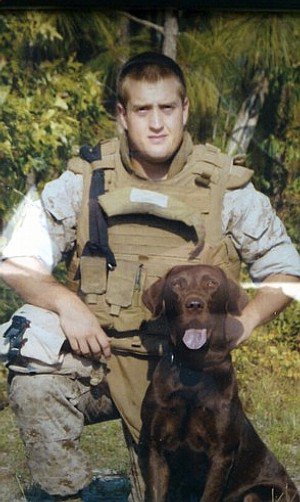 Lance Cpl. William “Billy” H. Crouse IV was on patrol with his dog, Cane, in Afghanistan last December when an improvised explosive device exploded, killing both of them.

Lat week, LCpl Crouse and his bomb sniffing dog, Caine, were honored during the annual South Carolina Fallen Soldiers Ceremony in Columbia, SC when Senator Jake Knotts (R-Lexington) presented Crouse’s family with a plaque honoring Cane’s service. The 23-year-old was one among 15 from across the state who were honored in the ceremony.