A great light was extinguished with the passing of dog folk artist Stephen Huneck of Saint Johnsbury, Vermont. After suffering losses from the downturn in the economy, Huneck was forced to lay off most of the employees of his Dog Mountain farm and chapel – a destination for dog lovers, built from the proceeds of his artwork. 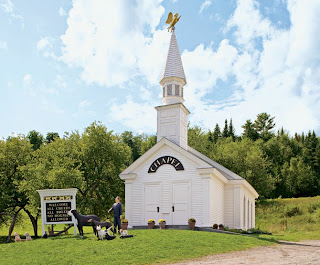 Described as despondent, Huneck felt responsible for the welfare of his employees and was fearful about losing the property his artwork had paid for. He died in his car of a self-inflicted gunshot wound while parked outside the office of his psychiatrist on Thursday. Huneck’s artwork is featured in New York’s Museum of American Folk Art and the Smithsonian Institution in Washington, D.C. 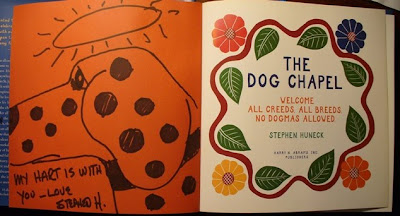 Find his work if you are not familiar with it. It’s whimsical and will put a smile on your face. Stephen was kind enough to autograph a copy of his book for us when our Dalmatian passed away many years ago, and we treasure it. We have been big fans for over a decade, and the love this man had for dogs pours out of his pieces. He will be sorely missed by many.