Reggie is a big fan of a nice, cold ice cream treat.  Who isn’t, right?  So, when the ice cream truck rolls into his neighborhood in Cardiff, Wales, there is no one more excited than he to know it is ice cream time!

The three-year-old Staffordshire bull terrier isn’t a rude or impatient dog.  In fact, anyone who knows him, knows that it’s completely the opposite with Reggie.  He waits for his human to tell him to go get in line, which is exactly what he does.  He goes over and patiently waits his turn. 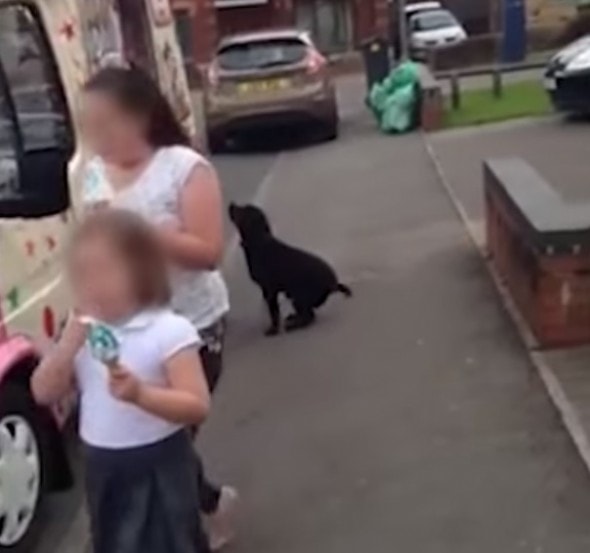 Ryan Thomas is Reggie’s human, and obviously has him very well trained.  His video is going viral all over the internet, getting view after view.  It’s not every day that you see a dog with this much patience and restraint. 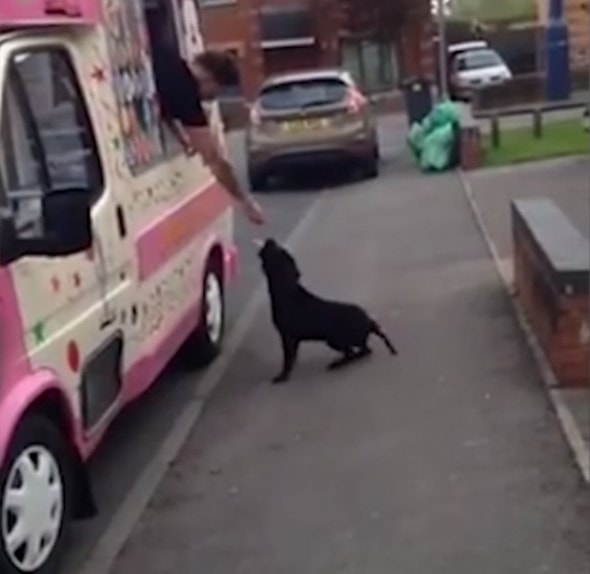