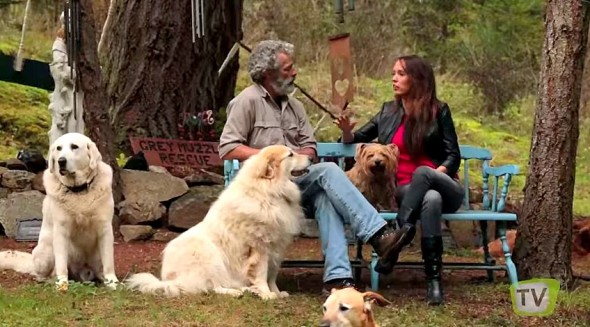 Anny Havland is the host of Talk It Up TV, a nonprofit reality TV web series that through random acts of kindness, provides help to those who need it most.  She and her crew asked fans what they would do with $1,000, and embarked on a journey to select the story of the person who most touched their hearts and reward them with money that could greatly improve their circumstances.  One modest man was encouraged by friends and family to enter, and his choice changed his life.

After months of deliberation and out of many worthy candidates, Thayne Hamilton was selected.  The team was able to contact two women who knew Thayne and could help plan the surprise.  When the Talk It Up crew arrived at his Orcas Island, Washington home and told him the news, he was absolutely ecstatic. 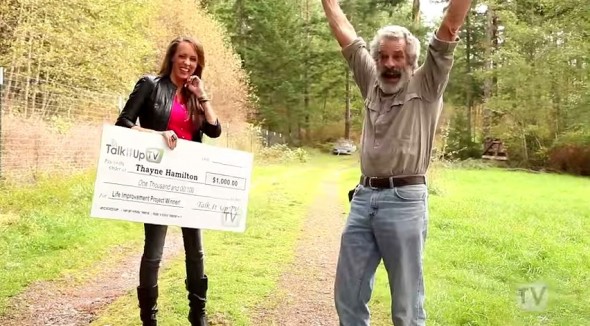 You see, Thayne and his wife Christine founded the Grey Muzzle Rescue about 10 years ago, and dedicated their lives to saving sick, unwanted, senior dogs who otherwise would have likely been put down.  They lived on a meager fixed income, but put every spare dollar toward these animals.

Tom Drooley was dumped at a kill shelter in Phoenix when he was 15, and immediately felt at home at Grey Muzzle.  Another dog, Lilla, spent the first 14 years of her life chained to a cement slab.  She was so badly matted that her legs were virtually attached to her abdomen.  She understandably has trouble walking, so Thayne carts her around in a cushioned wheelbarrow. 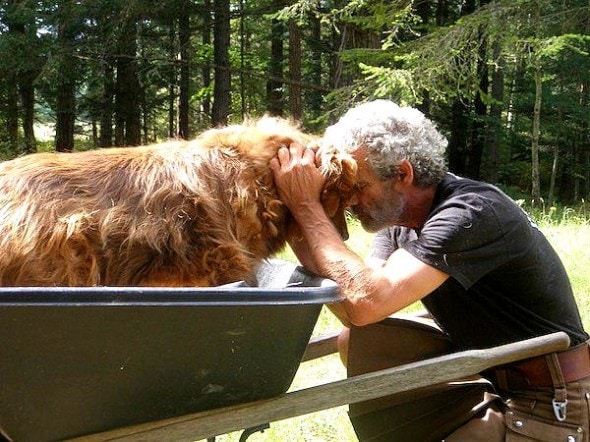 “In 10 years, we’ve adopted 23 abused or old, blind, deaf, starved – you know, just the worst of the worst abuse cases from all over the nation.

“You know, I’d seen some hard times, I’d been in an industrial accident, I had a number of fusions done and I was kind of lost as to what to do with my life and how to be happy, and found that if these dogs could let it go, then maybe I could let some of it go, too.  So it was kind of a lightning bolt kind of moment for changing my life, and I felt I kind of owed it to some of these dogs to pay it forward to some other dogs… who rescues who here is always kind of debatable.” 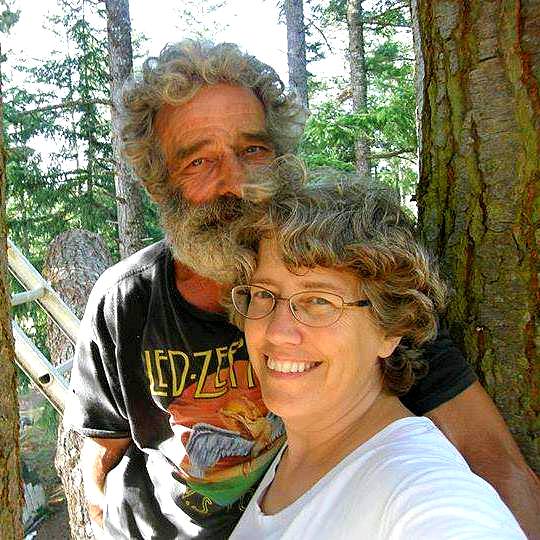 Sadly, Chris was diagnosed with a terminal illness.  Rather than owe upwards of $500,000 on hospital stays and treatments that may not have guaranteed her future, she decided to let nature take its course so she could put all their money towards their home and dogs.  After her death, Thayne honored his wife’s love of dogs and continued to care for their rescues.

There was more to Thayne’s work, and Anny wanted to share the whole story. 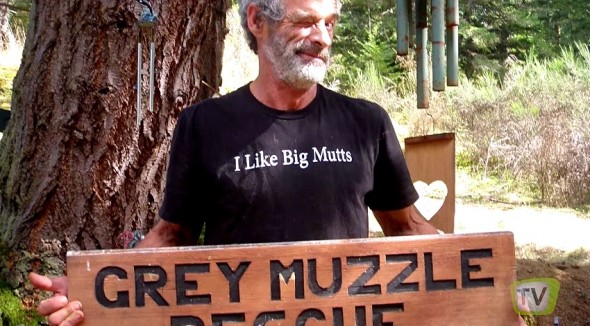 “Just through our rescue work that I do, I started working with a lot of rescues all over the nation, and we started looking for those dogs that really had no place to go.  There was really no hope of anybody adopting them, and they’d just deem them ‘unadoptable,’ or they bit someone,” Thayne said.

“And that’s the common problem with a lot of the dogs I get, they’ve more had people problem issues than health issues.  Nobody wants to take those dogs on, so they really don’t get a chance.  Being able to cut them loose here and let them run the five acres with no leashes, it teaches them how to be a dog again, and then they forget all those human hurts.” 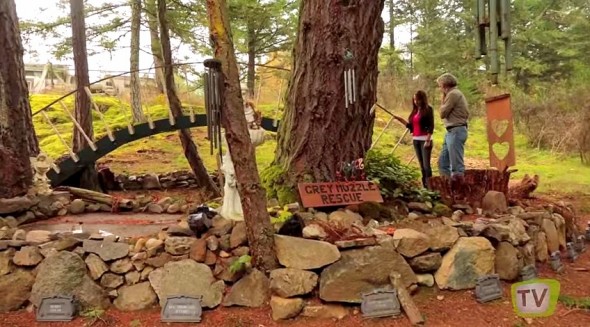 To further honor Chris, who fostered 74 children during the Vietnam War, Thayne built a “rainbow bridge” on their property.  Using recycled and reused materials, he constructs coffins for all the dogs who end their days at the sanctuary.  Some days when Thayne visits the area, he finds deer peacefully slumbering by the bridge.

Anny’s goal was to give Thayne $1,000, but after hearing his story, she and the crew felt they had to do more.  She called David from Pioneer Pet Feed & Supply and regaled him with the devoted dog lover’s story.  He let her load up on lots of dog food and snacks meant for older dogs, especially those with sensitive mouths.  Other local business owners were happy to join the cause, including an attorney who was willing to help him officially set up a 501c nonprofit organization so he can keep saving dogs in need. 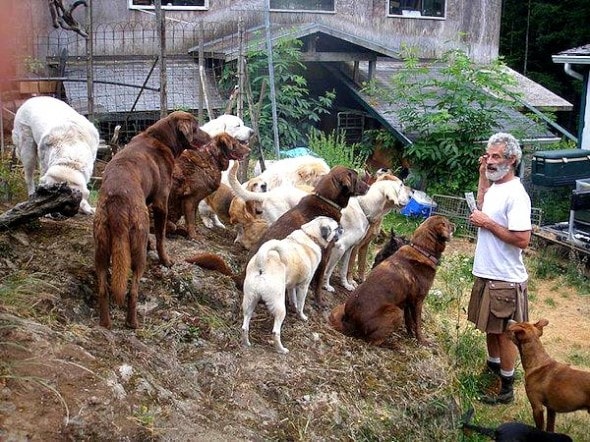 Needless to say, Thayne was overwhelmed by the generosity of his community.  If you would like to donate to the fundraiser Anny set up for him, please CLICK HERE.

It’s long, but this inspiring video is so worth the watch.