Legendary singer/songwriter Willie Nelson knows a thing or two about outlaws, but he’s quick to fight for the rights of those who undeservingly end up on the wrong side of the law. 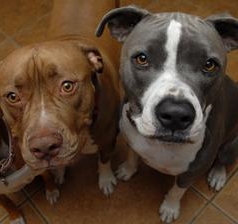 Nelson is using his famous voice to speak out in support of the “favorable and quick” passage of Ohio House Bill 14, legislation that would remove canine profiling from Ohio’s books. The bill already has passed the Ohio House of Representatives and is up for consideration by the Senate.

Ohio is the only state in the country that automatically declares a dog vicious based solely on appearance, without considering behavior. Any pit bull terrier-type dog or any dog resembling a pit bull falls under this discriminatory law. HB 14 would remove this breed-discriminatory designation and strengthen the state’s dangerous dog laws so that they more correctly target reckless owners and dangerous dogs instead of innocent pets.

Twelve other states protect canines with laws that prohibit local governments from declaring dogs dangerous based solely on breed or appearance.

Nelson, who speaks out on animal welfare issues for Best Friends Animal Society, has written a letter encouraging Ohio residents to contact their senators and the committee members and urge them to support HB 14. More information and simple ways to take action are available here: http://www.capwiz.com/bestfriends/issues/alert/?alertid=51163691

Those wanting to support HB-14 can do so by signing a petition at Change.org (http://www.change.org/petitions/ohio-legislators-pass-hb-14-to-end-breed-discrimination). To date more than 11,000 have supported the bill.

Nelson’s letter, sent “on behalf of dog lovers everywhere,” asks senators vote to overturn the statewide discrimination “against dogs who share a cluster of physical characteristics by classifying this group as ‘vicious’ without any regard to individual dog behavior. Because of current law, these dogs are considered ‘vicious’ at birth, even though there are countless dogs deemed ‘pit bulls’ but actually are of unknown heritage who make wonderful family pets.”

His letter goes on to say: “Dogs, like people, are individuals and should each be judged on his/her own merits. The simple truth is that breed is not a factor in bites, and HB 14 is an important public safety measure that will protect individuals from any dangerous dog, no matter what the dog’s appearance or heritage.”

In addition to the high-profile support of Nelson, actress and activist Maggie Q also urges passage of HB 14 through a YouTube video. http://www.youtube.com/watch?v=P9HrXmE_jtc And actor Ian Somerhalder uses Twitter to garner his fans’ support for the bill and recommends they send letters and sign the petition.

Breed-discriminatory laws are expensive and have been proven ineffective in protecting the public. According to economic research 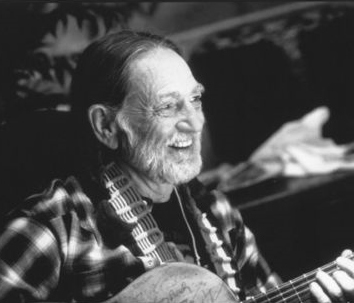 firm John Dunham and Associates, it costs Ohioans more than $17 million a year to enforce the existing law. In these tough economic times, laws that waste precious taxpayer dollars while failing to reduce dog bites are tragically misguided. Animal control officers and dog wardens focus their efforts on dangerous dogs running at large, not targeting people’s pets who are doing nothing more than being dogs with a certain appearance.

States are encouraged to adopt breed-neutral dangerous dog laws that focus on the causes of dog aggression—irresponsible owners whose dogs are not trained or socialized, or whose dogs are abused, neglected or forced to live on chains.

Many states have passed laws that allow all dogs to be evaluated and treated as individuals and permit local jurisdictions the authority to hold reckless owners accountable for the behavior of their dogs.

Best Friends Animal Society works to help pit bulls through its national pit bull initiatives, which battle everything from these dogs’ sensationalized reputation to legislation designed to bring about their extinction. The initiatives’ goal is to end discrimination against all dogs -– because they are individuals and should be treated as such.