Julie Dorsey-Oskerka from Carol Stream, Illinois has developed a special music program, but it’s not exactly geared towards humans.  This specially designed music is intended to help relax scared and anxious shelter dogs waiting for a forever family to come and get them.

The program is called A Sound Beginning.  She got together with her husband who hosts an afternoon jazz radio show at WBEZ – College of DuPage.  He composed the music and put it on a disc, and made sure to take on all aspects of the recording in an effort to make sure that the music remains “royalty-free.”  Basically, it’s not licensed music so there is not residual money to be made from the recording.  This kept the price of the program much more affordable, and pretty much guarantees that it can be played anywhere by anyone without worrying about breaking any laws. 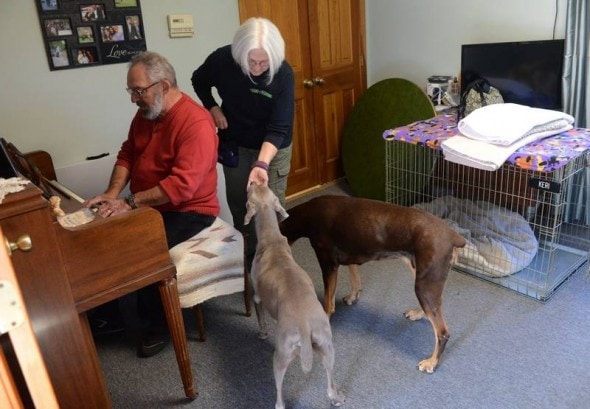 Not only did this allow them to do all of that, but with total control of the music itself, they were able to maximize the calming tones and frequencies that really seemed to de-stress the dogs.  It really does work.  Many of the dogs respond, and a lot of the nervous pacing in the kennels more or less stops.

The program is in effect at several animal hospitals and shelters all around Illinois.  The Anderson Animal Shelter in South Elgin, Wheeling Animal Hospital and Pet Resort in Wheeling, Wiggles and Wags in Lombard and Narnia in Plainfield are all currently using the program, and all are reporting good results. 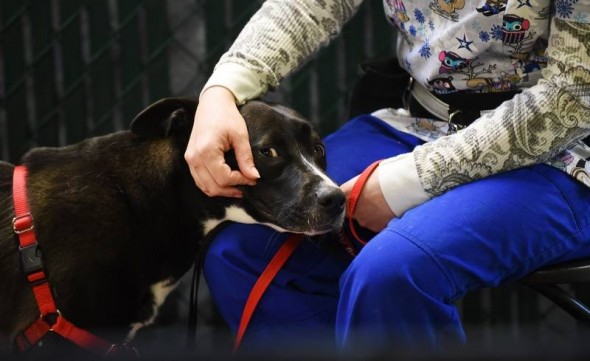 Once the dogs are adopted, the music doesn’t stop there.  When a dog is being taken home, some music is given to them to play or the dog on the ride.  The music can then also be used as a part of an introductory to the house, and in training the newest member of the family.  Keeping the program continuous and well rounded, is aimed at stopping the sometimes alarming return rate when it comes to adopting a shelter dog.

Altogether, the program has been seeing great success.  Thanks to Dorsey-Oskerka’s dog training experience, her husband’s musical talents, and all of their research into the science of what music can do to help calm the nerves and focus the mind, this program could see a lot more “forever,” in the term “forever family.” 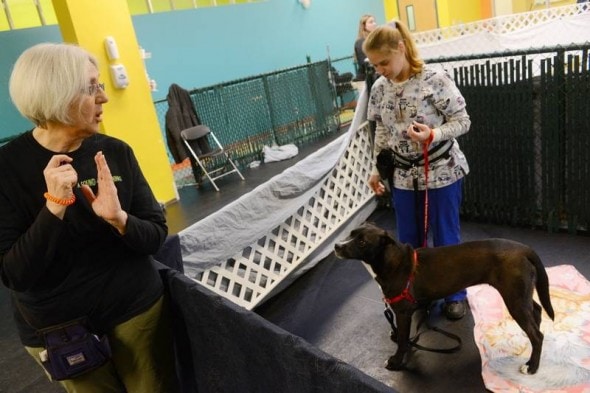