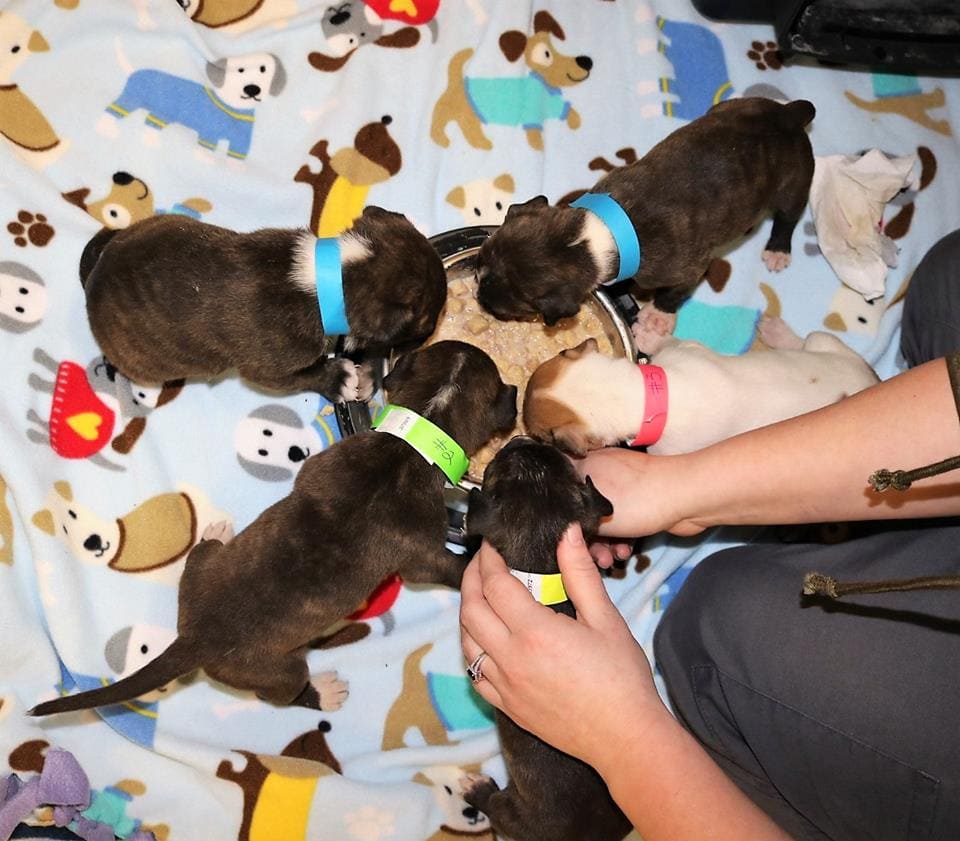 Back on December, 29th, Julie Newman was out for a run at around 9:30am, when she made a discovery she was not at all expecting to.  She heard an odd sound, and at first couldn’t place what it was so she decided to follow it.  When she did find where it was coming from, she discovered a box of puppies that someone had abandoned near a park.

“I could hear little yelps,” said Newman.  “And then I saw a box that was moving.”

The box was sitting about three feet off of the path that people usually walk and run on.  It was sitting under a tree, and the poor creatures must have been there for a while, too.  The box was soaked in urine, and all of the pups were climbing all over each other trying to get out. 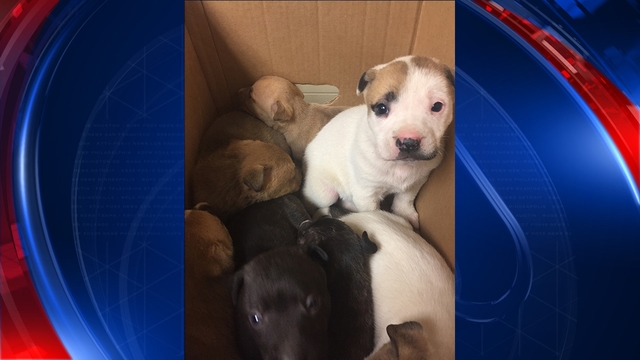 Newman has two rescue dogs of her own, so she knew that these pups were going to need some help and she wasn’t going to be able to provide.  She got a hold of her sister, and they took the dogs to the Humane Society of Huron Valley for medical treatment.

“I’m just heartbroken,” Newman said.  “I just don’t understand how anyone could do this.”

The humane society believes that the pups may be of a “bully-breed” and that could also possibly be the reason they were abandoned.  It’s not known exactly how long they were there in the box outdoors, but they seem to be in stable health and are in good hands.

“It’s hard to say why someone would dump puppies in a park, but there is no good reason for such a careless act.  This is exactly why animal shelters exist; to provide safety and care to animals in need.  We don’t ever want to see animals, especially babies, abandoned in the cold, left to fend for themselves. Thanks to a compassionate community member willing to take action, these innocent puppies will get the help they deserve.  When they’re ready, they’ll be adopted into loving homes-but first spayed or neutered to help ensure this doesn’t happen again,” said Tanya Hilgendorf, HSHV’s CEO and president.