Cynthia V. Anderson from Edgewater, Fla., was departing from Nebraska’s airport on January 23, 2015, with two older dog and three Doberman puppies, but after authorities informed her she would not be able to board the plane with the puppies because they were less than three weeks old, the woman drown one of the dogs in an airport bathroom. 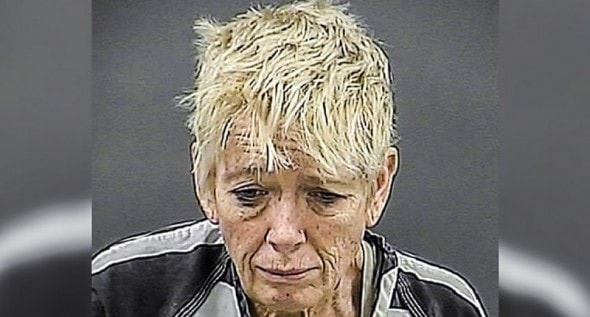 Authorities said that after they informed the 56-year-old woman of the rules and regulations against boarding a plane with live animals younger than eight-weeks-old, Anderson gave her parents two of the puppies and concealed the third on in her purse, but when she was denied entrance on the plane, the woman went to the nearest bathroom and drowned the puppy in a toilet.

Witnesses saw the Florida woman enter the bathroom with the pet but leave without it, therefore one of the witnesses looked into the stall Anderson used and discovered the dead puppy in the toilet.

Anderson was immediately detained by airport security and animal rescuers were called to take possession of the dead puppy and investigate the cause of its death. After performing an autopsy and finding water in the young dog’s lungs, rescuers confirmed the young dog drown.