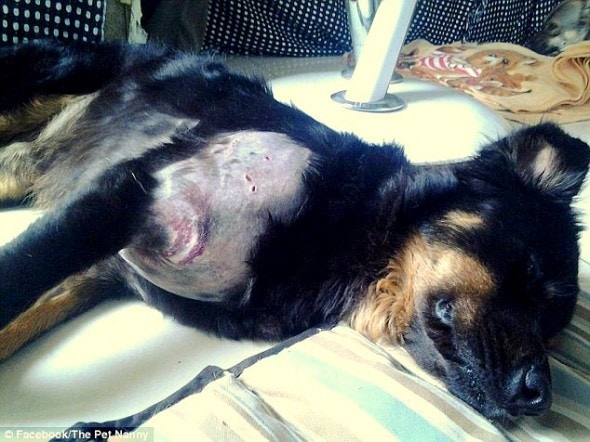 A British expatriate took on a 15-foot Burmese python in a Hong Kong park when it coiled itself around her dog.  She had to stab the snake, but it survived, and she heroically saved her dog’s life.

Courtney Link was out for a walk with her husband and dogs in Hong Kong’s Sai Kung West Country Park when the terrifying experience took place.  Their dog Dexter had just run out of sight when they heard a “frantic barking and a strange gurgling noise.”

They were shocked by what they saw:  a 15-foot Burmese python had quickly wrapped itself around their 50-pound dog’s entire body.  Courtney tried punching the snake a few times, but it did not loosen its grip.  Her husband handed her his pocket knife.

“Dexter was starting to weaken and he eventually stopped struggling altogether,” Courtney said.  “At that point we really thought we had lost him.  So when I suddenly saw the snake’s head, I just started stabbing furiously.”

The snake released Dexter and slithered away.  The dog had deep bite wounds, but has since made a complete recovery.

“Dexter is incredibly special to us,” Courtney explained.  “I found him as a stray puppy – very sick, emaciated and close to death.

“He is also my first dog, a lifelong dream to have a canine companion.  He has transformed my life and motivated me to become a canine CPR emergency responder in case I needed to save his life one day.  I completed this course in the UK in March 2014.  So amazingly well-timed.” 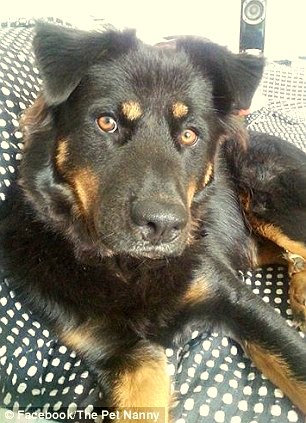