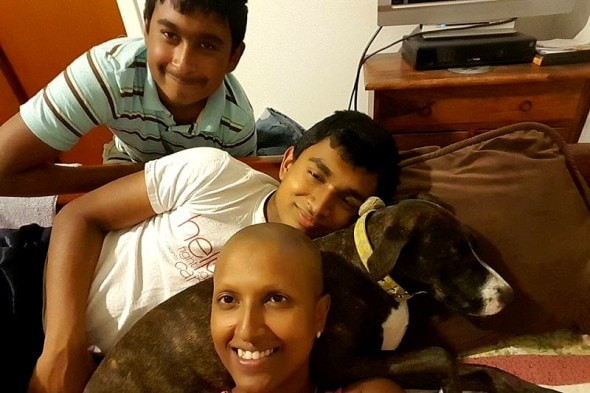 Shivonie Deokaran, a mother of two, has been battling cancer for years, and has now been told that nothing else can be done – she has only 18 months to live.  And because of her costly treatments, her family is going to lose their home, and likely along with it, their rescue dog, Gia.  However, many people are rallying to keep them together.

Someone had been trying to give Gia away on Facebook when she was just a puppy.  Second Chance Rescue NYC took her into their care, which she desperately needed.

“She was very scared and unsure of so much,” SCR’s Judy Iannone Vicenzo told The Dodo. “Being very hopeful, as time heals most wounds, Gia would eventually overcome being fearful, unsure and nervous.”

Gia spent time in a number of foster homes, but none of them were right.  That is, until she met Shivonie.  The woman was fighting her third round of cancer, and there wasn’t that could make her smile.  Dogs have a funny way of changing that. 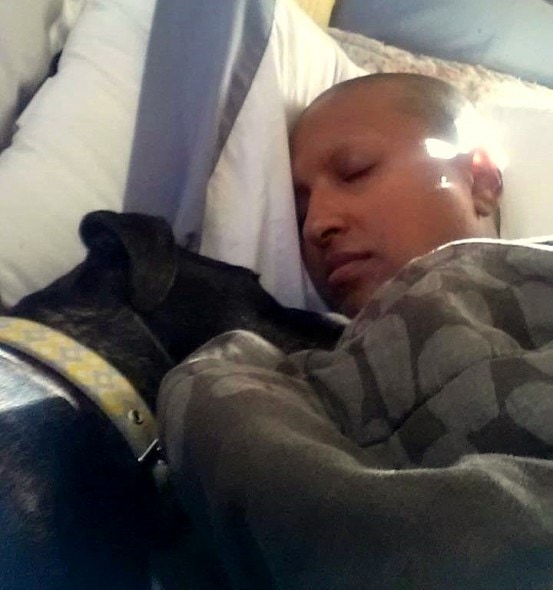 Shivonie’s family very badly wanted to adopt Gia, but with medical bills mounting, they couldn’t afford to.  Second Chance waived the adoption fee, which delighted everyone.

“Destiny has brought them together, that we are certain of,” Judy said.  “When one had every intention of rescuing, the other rescued right back!”

“Gia is my sunshine. She came into my life for reason,” Shivonie said of her companion.  “She doesn’t leave my side when I come back from chemotherapy and radiation.  She only sleeps in my bed on these days.”

Once timid and fearful, Gia blossomed into a confident and loving dog, capable of sensing a decline in Shivonie’s health.

“She wakes up when I get sick at night and she wakes my boys and my boyfriend if she thinks something is wrong. She truly is a special dog.” 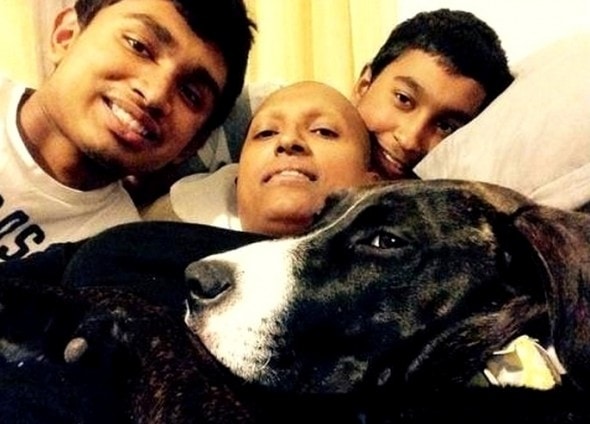 Which is why it would be truly heartbreaking to lose her.  The chemotherapy treatments for leukemia and liver cancer are incredibly expensive, and there hasn’t been enough money to keep paying for their home.  How does one choose between health and home?  Opting for health, Shivonie and her kids – all three of them – may be forced out on the streets.

Many places won’t accept bullies or mixes like Gia, and the family worries that they won’t be able to keep her.

Because of The Dodo, many people have already learned about this sad story.  A GoFundMe page has been set up, and donations have begun pouring in.  Positivity can go a long way, especially when ill or facing what seems to be an insurmountable challenge.  Shivonie and her family are overwhelmed by the outpouring of love and support they have received, and hopefully it will be enough to help this mom live out her final days with as much happiness and comfort as possible. 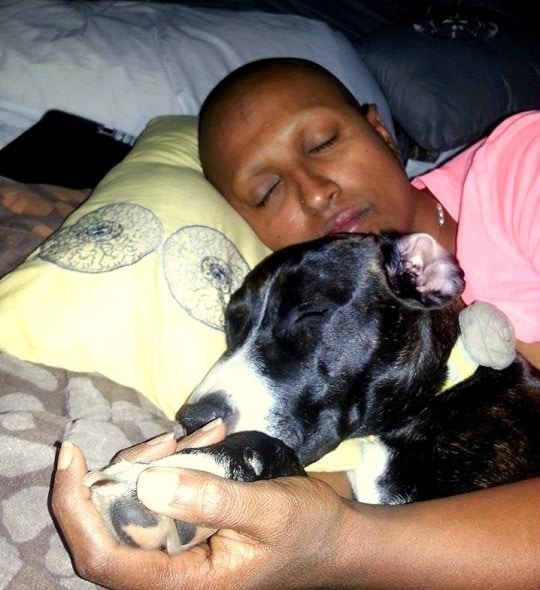