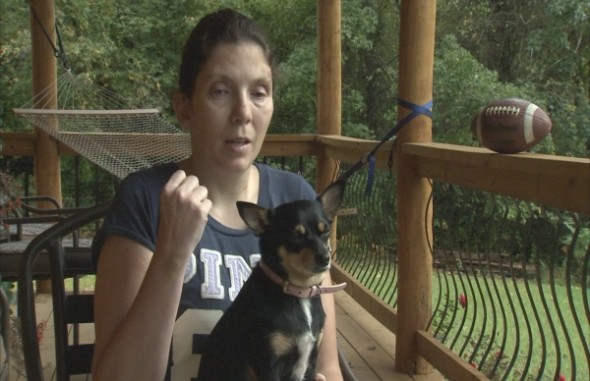 On Friday night Deborah Howell went to let her dog Molly in from the backyard of her Georgia home. “I opened the door around 9:36 p.m. to get Molly, when I cracked the door there was a man standing there, and he grabbed the top of my head and started slamming my head into the door frame,” Howell said.

Howell was dazed but not unconscious when her dog Molly stepped in to help. Molly knew something was wrong right away and didn’t  hesitate to act. The 3-year-old rat terrier began attacking the man who was threatening her owner. “Molly went after him and started biting at his legs,” Howell said. Once Molly started biting the man he ran off. “I don’t know what would have happened if Molly wasn’t here,” Howell stated.

Howell has been receiving suspicious phone calls for over a month. On the other end of the phone calls is a man breathing heavily and saying “Deborah, I am watching you.”  Police were able to get fingerprints from the back door that will hopefully help lead them to the attacker.