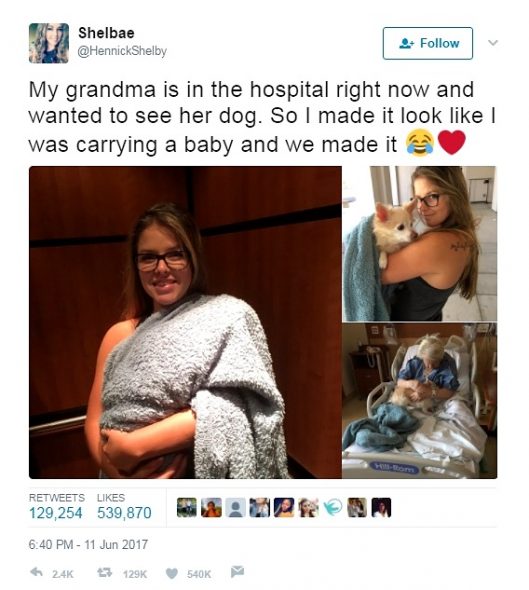 When Shelby Hennick’s grandma Dona had to stay in the hospital for a while, she knew the one thing that would cheer her up was her beloved dog, Patsy.  So Shelby pretended she was pregnant and snuck the pup in under a blanket!

Grandma Dona was staying at the Santa Maria Hospital in California for three days after a bad reaction to her medication, and was greatly missing her wee companion.   She had gotten Patsy nearly 13 years ago when she was only a couple of weeks old and had to be bottle fed, so they are very close. 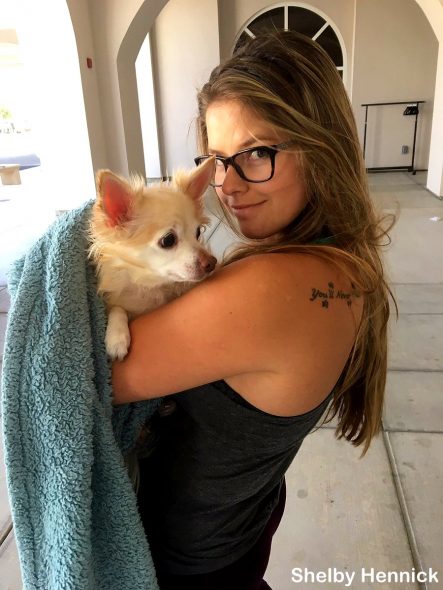 Shelby was passing by her grandmother’s home when her mom called and told her how missed Patsy was, so she stopped and picked her up.

The 21-year-old veterinary technician draped a blanket over herself with Patsy underneath, and cradled her engorged belly.  Hospital staff had already seen the family, so they just waved as they breezed by. 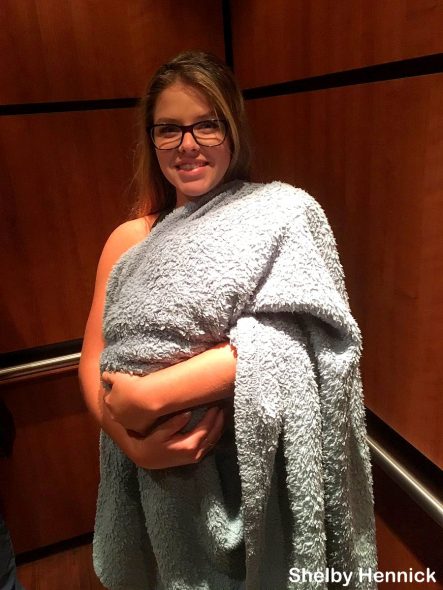 When Shelby walked in, Dona thought she was holding her sister’s baby, and was absolutely delighted to have Patsy set on her lap. 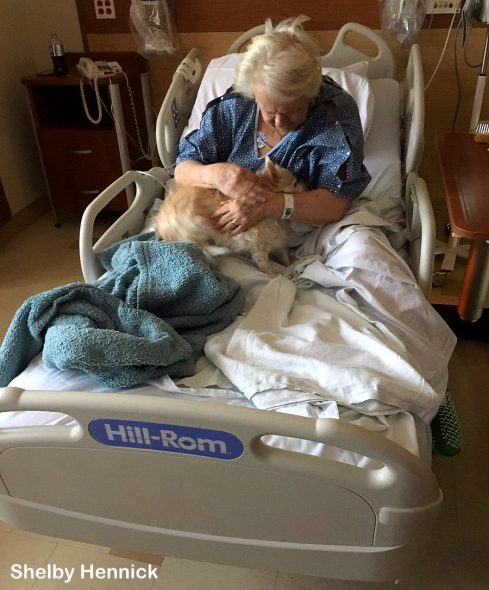 She tweeted the event, but had no idea that it would go viral.  Many others tweeted photos of their similar experiences. 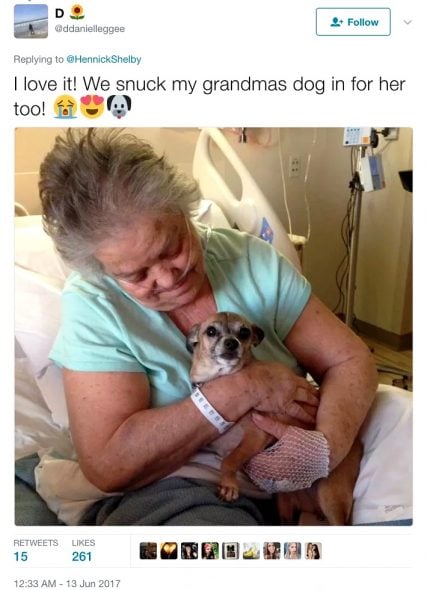 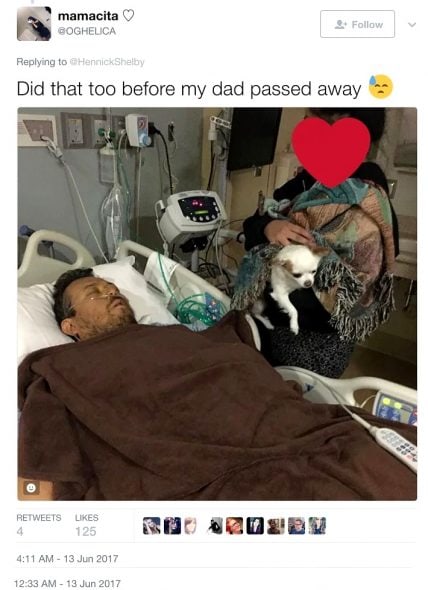 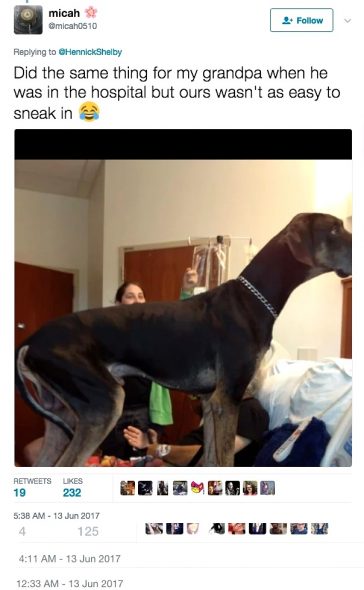 “I was really happy we were able to pull it off, and I’m sure it made her day,” Shelby said.

Dona quickly recovered and was sent home on Monday, much to both her and Patsy’s joy. 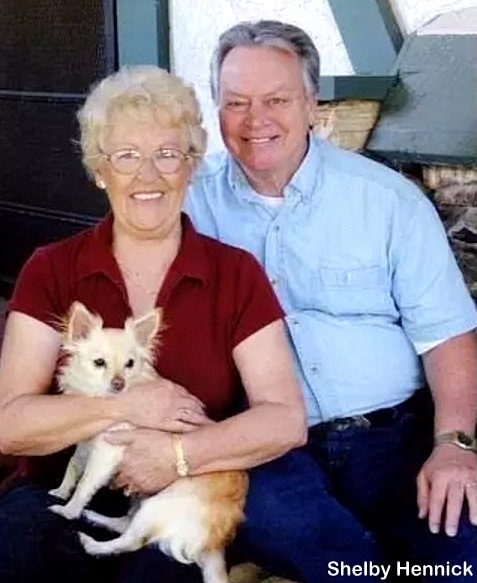