Ann Bendouli and her dog Lexy were walking on Hampton Beach in Melbourne, Australia in an off-leash area when another dog came from nowhere and started attacking Lexy.  In an odd but ingenious move, Ann stuck her pointer finger up one of the dog’s hindquarters and the attack stopped.

It was definitely an unusual move, but it did manage to save Lexy.  Lexy is okay, but suffered several serious wounds in the conflict.  Thanks to Ann’s quick thinking, the worst didn’t happen that day. 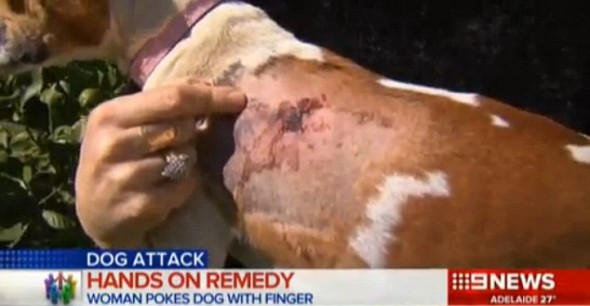 There is currently an investigation into the attack.  Officials hope to learn the cause for the incident, and say that the owner of the Staffys that attacked Lexy may be held responsible.

The story and video have gone viral all over the internet.  The story has become internationally famous, and many are lauding Ann for her snap decision to literally point a finger at (or in this case, up) Lexy’s attacker. 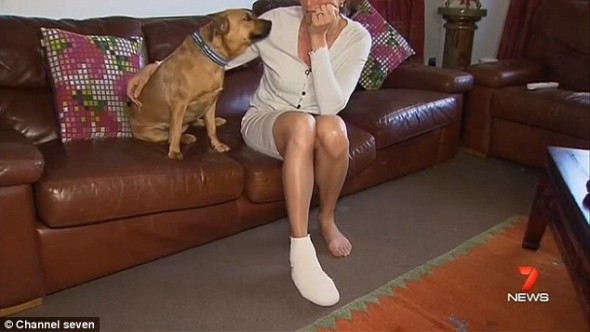 At first, Ann attempted to pull the dogs off of Lexy by more conventional means, but to no avail.  She knew she had to do something, but what?

“It was screaming (Lexy) and I thought ‘I’ve lost my dog,’” said Ann in an interview with news outlets.

The total scrap only took about four to five minutes before Ann did what she did.  She lifted the attacking dog’s tail, and inserted a finger into the dog’s bum.  That would usually stop just about anyone dead in their tracks.  Thankfully, that’s exactly what happened. 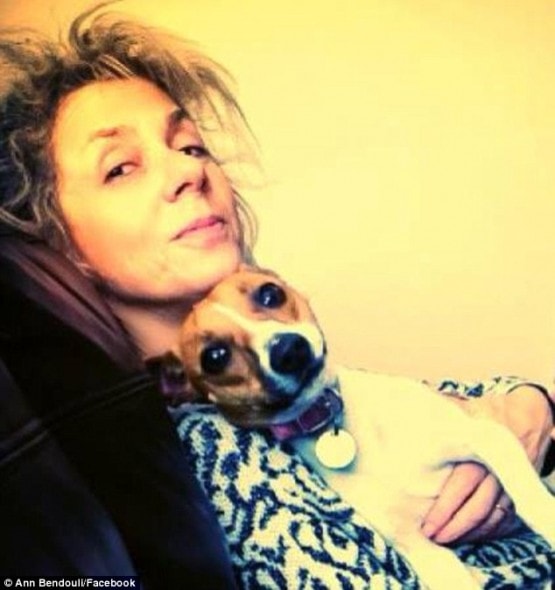