Cassandra Allaire woke up last Wednesday morning just as flames were spreading through the home she shared with her boyfriend and their two dogs.  When she realized she couldn’t extinguish the fire, she ran out, but Little Dog hadn’t followed.  Though they lost everything else, Cassandra saved her pup by heroically dashing back inside to save her.

Cassandra and boyfriend Mike Lindsey have been going through a rough patch, and had been staying in a trailer in Atlanta.  It had no water or electricity, so they were using candles for light.  Early that fateful morning, Mike had taken one of the dogs, Masi, for a walk while his lady and Little Dog slept. 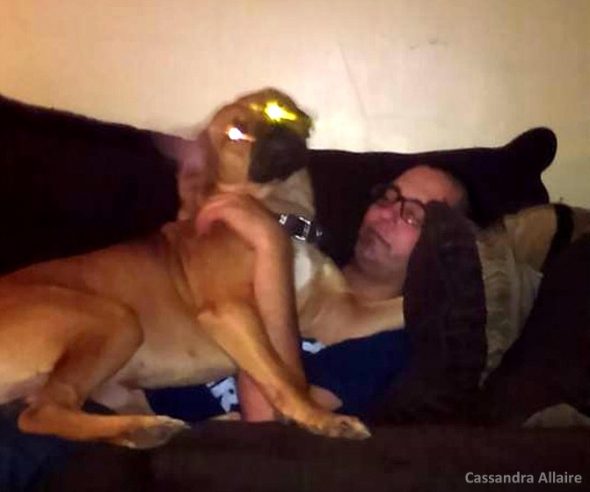 “I woke up to a loud popping and crackling sound,” Cassandra said on their fundraiser page.  “One of the candles burned down and lit the RV on fire between where Little Dog and I were sleeping and the door to get out.”

There were two fire extinguishers just outside the door, so she rushed out to get them, but neither of them worked.  Just then Cassandra noticed that Little Dog hadn’t come out with her.  Fire was quickly engulfing the structure, but there was no way she was going to let her baby perish. 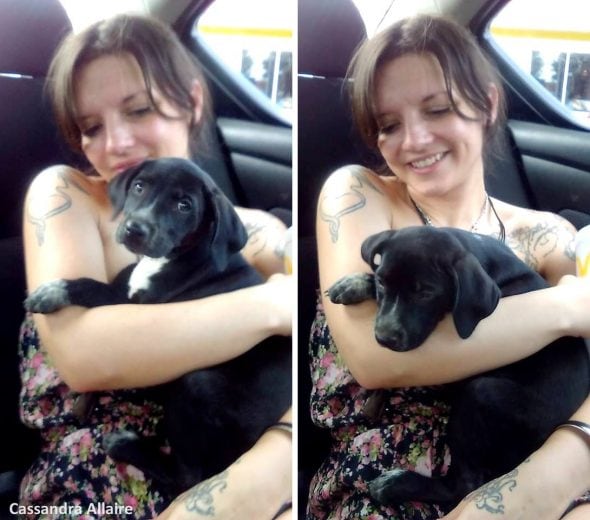 “I ran through the flames and found her in the farthest corner under pillows, shaking.  I couldn’t even see her though the smoke, I just felt her,” Cassandra explained.  “They aren’t exaggerating when they use the term ‘roaring fire’ – the sound of the flames consuming everything was deafening.

“I wrapped my arms as tightly around her as I could and ran back through the fire… When I hit the ground outside, I thought for a minute that I was on fire, but quickly realized that my back was just burned, not burning.” 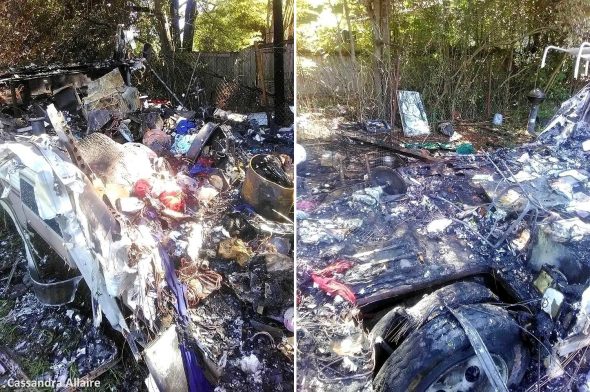 “Little Dog was flipping out and I had to catch her. (It only took a few second for her to run to me and jump into my arms.)  I hugged her tight, and as we sat there on the driveway, something exploded.”

People had begun to gather around just as the firetrucks pulled up.  The fire had already been contained by the time Mike and Masi returned.  Cassandra was incredibly lucky to only suffer minor smoke inhalation and superficial burns on her back and hand. 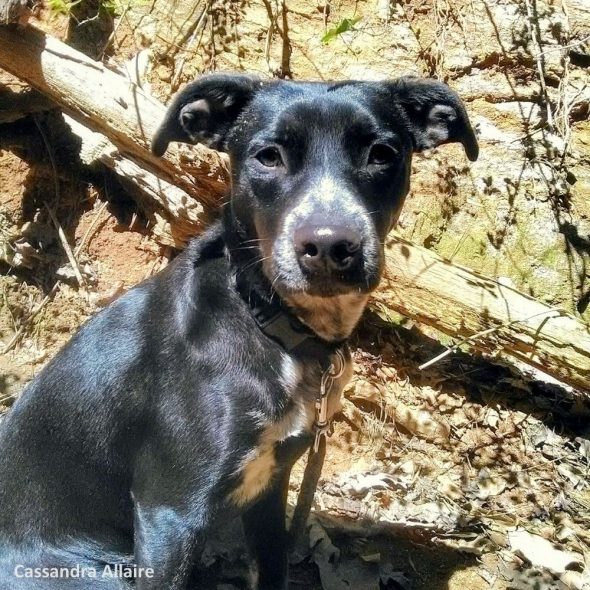 When Cassandra and Mike came back later to assess the damage, all of their salvageable items had been stolen.  They received a bit of help from the Red Cross, but only enough to stay at a motel for two nights, and today had to check out with no place to go. 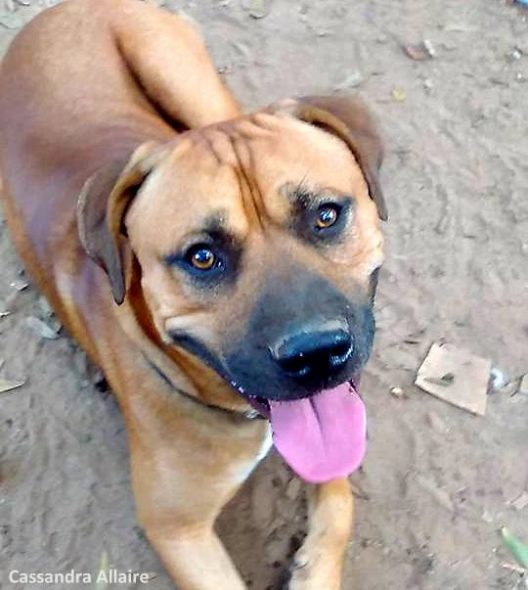 If you would like to help this family find some place to stay and to rebuild their lives, please CLICK HERE to donate towards their cause – every dollar helps.  Unfortunately, it will be some time before they will have access to funds, as all of their identification was lost in the fire.  If you live in the Atlanta area and would like to help, you may want to reach out to Cassandra or Mike on Facebook.