The Chester County Sheriff’s Department in South Carolina have busted up one of the largest dog fighting rings in state history.  Thanks to the efforts of many people, arrests were made and charges filed against suspects, and dogs were seized.

Sheriff’s Deputies and the local Humane Society raided a home Richburg after investigations led to an address on Circle Drive.  Three people were arrested in connection with the dog fighting.  Authorities also took four dogs off of the property as well, two of which with fresh wounds.

Underwood stated that the investigation revealed that between 300 and 400 people gathered in the woods near the home that was raided.  A top prize between $80,000 and $100,000 was on offer.  The single biggest money value in state history.

Deputies rounded up Rowena Hay from Lenoir, along with Angela Hutchins (only 19 years old!) and Roger Cook in the raid.  These three are being charged as organizers of the illegal operation.

“Organizers, being that they set up the operation to come and fight at this location, but they also owned pit bulls that were going to fight,” said Sheriff Underwood.

Charges are being filed against the three, and further investigation is on going.  If there are any updates, we’ll post them as released. 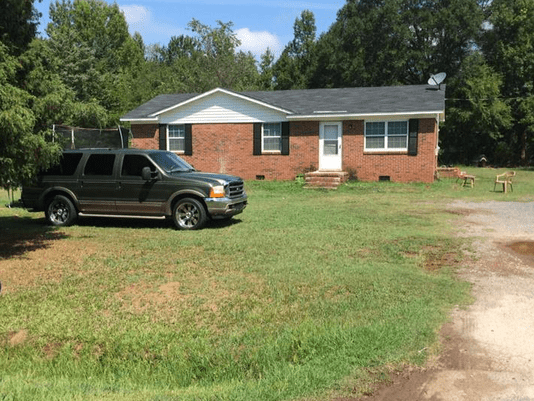