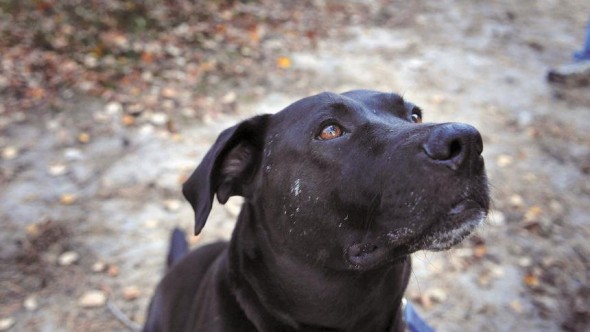 There is a small town in Minnesota called Frazee, and right on Main Avenue is where Barbie Jo’s story begins. Just a puppy when she was picked up as a stray, she has spent 1,035 days in the county shelter, and the staff are working to get this beautiful dog a forever home.

She was picked up on November the 6th, 2011 and was dropped off at the pound. She stayed her mandatory five-day holding period, waiting for someone to claim her. No one came, and she was sent off to the county shelter and put up for adoption.

Barbie Jo has now waited, patiently, for almost three years for a family to call her own. Still, no one has decided to take her home and make her part of the family.

Barbie Jo is getting some help finding that forever family, and thanks to the good people over at The Marshmallow Foundation, things are starting to look up. The Marshmallow Foundation is a small operation that serves as a rescue and shelter for many towns in the area, and Frazee is one of them.  The foundation is small. Smaller than the local Humane Society and has an even smaller operations budget.

It was founded in 2006, when some like-minded people got together to help another Lab mix that survived being locked in a house on her own for three weeks. Her name was Cocoa, and she was pregnant.  Thanks to the hard work of some really great people, Cocoa survived to give birth to 11 puppies that looked like little marshmallows. 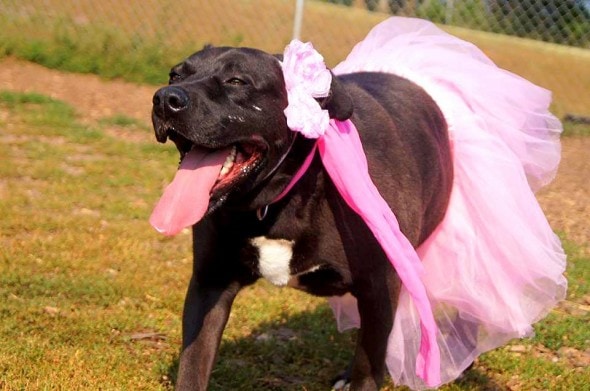 About six years later, Samantha Haywood was still a volunteer in training when Barbie Jo was dropped off at the foundation’s facility.

“I don’t remember her arriving, but I started to notice her over time,” said Samantha. “I noticed her because while other dogs would leave, she’d still be there.”

Barbie Jo had a bio on petfinder.com and in a number of other places. It just seemed that no one wanted to take her at all. It was suspected that it may have something to do with her being part black Lab, part pit bull.

“If we have a golden retriever, people go nuts. A pit bull? Not so much,” said Susan Krokan, the foundation’s executive director.

Samantha, who is now a professional dog walker and dog sitter has started a Team Barbie Facebook page.  In addition to many adorable pictures of Barbie Jo, you can also see her bio, and keep up to date on her quest to find a home. There’s even a pledge from The Marshmallow Foundation:

“We made her a promise that we would never give up looking for her furever home!”