Things were not looking very good for an abandoned puppy found in a milk crate in Chicago Heights last week.  The three-month-old hound mix was brought to the South Suburban Human Society, severely underweight.

The CEO of the South Suburban Humane Society, Emily Klehm said, “I took one look at him and sank to my knees.  We knew he was in severe danger.  This condition doesn’t happen overnight, this is months of neglect and abuse.”

The sick little puppy was named Phoenix, and was immediately taken to a nearby emergency animal hospital.  The poor little guy had a mass in his intestines that needed to be removed straight away, and underwent surgery. 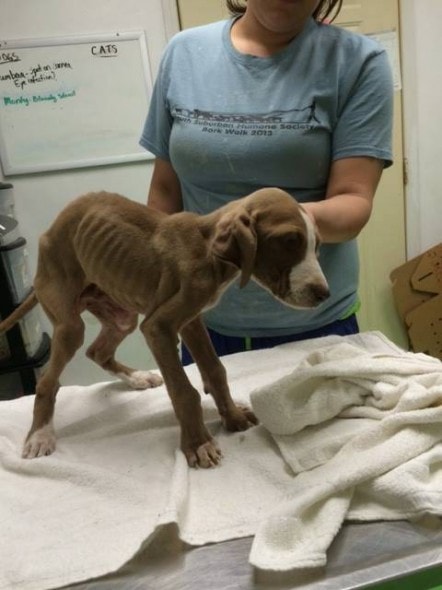 “If he didn’t have the surgery, he’d have died,” said Klehm.

The campaign to save this little guy, and raise the funds for his care all started with Klehm’s posting of #LoveForPhoenix tweet.  Phoenix went from being a puppy no one cared for, to being one of the most loved dogs in the area.  It wasn’t long until the support and donations came pouring in.

“People saw his pic and immediately fell in love with him,” said Klehm.  “Our Facebook page had over 100,000 people engaged with it.” 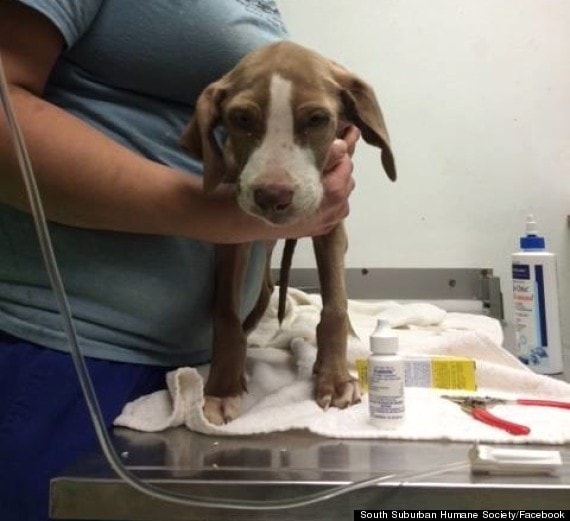 The massive outpouring of support via social media really went a long way to helping Phoenix survive to this point.  Klehm said that it’s been a tremendous help.

“He had a miraculous recovery, there’s no other way to explain it,” said Klehm.  “I really do believe it was the wave of love that people started sending his way.  There are hundreds of Phoenix’s unfortunately all across the city that are in need.”

There has been many inquiries into adopting Phoenix, but Klehm says that he must first be fostered, and must also stay in the area. 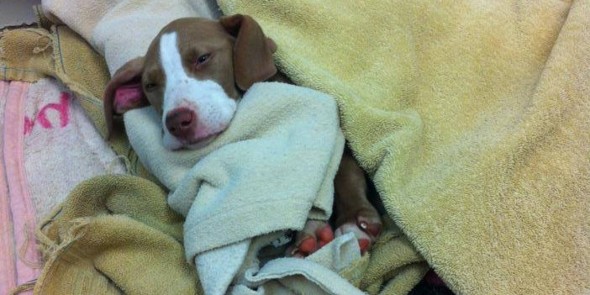