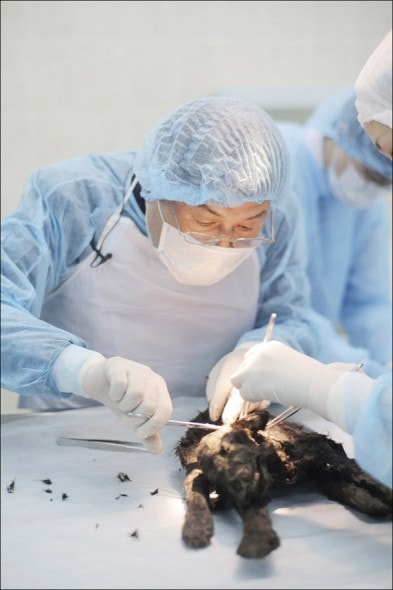 A dog that was found in the ice of Siberia thought to be over 12,000 years old.  Scientists have recently thawed out the ancient, frozen canine, and are learning many things about our furry friends that we may not have fully known or understood before.

The specimen is thought to be a now-extinct species of dog that went out about 12,400 years ago.  The dog was so well preserved in the ice, that it still has a fully intact brain to study!  Science is hoping to get a better grip on the history of man’s best friend, firstly, was this a domesticated dog, or a wild one? 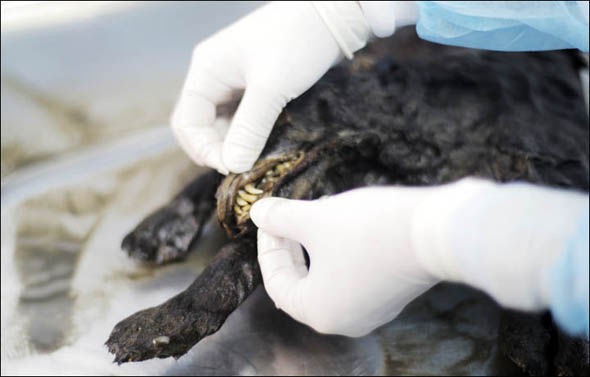 There’ even been talk of possibly checking into the genetics of the dog.  Hwang Woo-suk, a scientist from South Korea and world leading geneticist, took samples from the dog.  There’s going to be an effort to see if there are any breeds alive now with similar genetics, and even if the dog could possibly be brought back from extinction!

Dr. Pavel Nikolsky, a research fellow of the Geological Institute, Moscow told the Siberian Times, “The carcass is preserved really very well.  And one of the most important things is that the brain is preserved.  The degree of preservation is about 70% to 80%.  We will be able to say more precisely after it is extracted.  For now we can see it on MRI scans. Of course, it has dried out somewhat, but the both parencephalon, cerebellum and pituitary gland are visible.  We can say that this is the first time we have obtained the brain of a Pleistocene canid.”

Back in 2011, a similar species of dog was found.  However, that one was nowhere near as well-intact as this one is.  Scientist hope to bring us even more insight into our dogs. 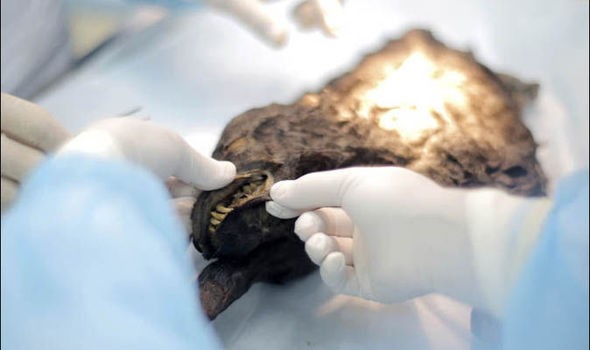