When Barilla, or Spaghetti, was found, she was staring death in the face.  Just a puppy, she had been so badly starved that every major bone in her body was jutting through her skin – she only weighed 16 pounds. But with love and care, she is now a completely different dog – healthy and absolutely exuberant…. and adopted.

Eduardo Rodriguez, the owner of a rescue center in Granada, Spain, fell in love with the skeletal, 10-month-old puppy as soon as she was brought in.  She got the name Barilla because her legs were like noodles.  She was so deprived of nutrients that she could no longer support even her frail frame.  She eagerly scarfed down some kibble.

“She’d been so starved of food and water when we took her in that all she could move was her head and her tail,”  Rodriguez said. “She didn’t have any muscle mass.  I’ve been rescuing dogs since I was a child and I’m used to seeing them in a bad way but I’ve never seen an animal in such a terrible state as Barilla.” 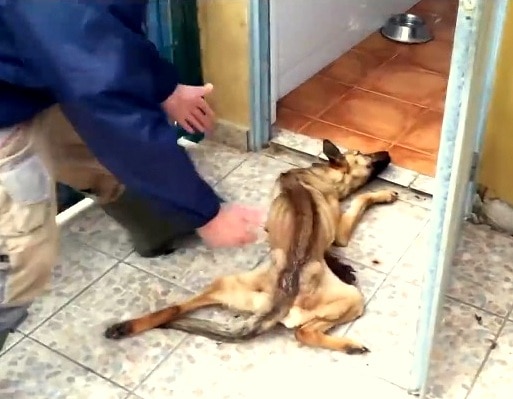 “The vet said we were lucky we got her when we did because she might not have survived another night. We put her on a drip for six hours before we started feeding her.  We made her a type of harness to help her walk so she could gain muscle mass because she couldn’t support her own weight.”

It is very likely that Barilla has spent her whole life locked up, and has been purposely starved for at least several months.  Because she is not microchipped and no one has come forward to claim her, finding her abuser will be difficult, but police are trying.

Over the last few months, Spaghetti has put on weight.  She had so longed for a human’s love, and now she is receiving it – in abundance.  Today she’s like a new dog, and Rodriguez has even decided to adopt her. 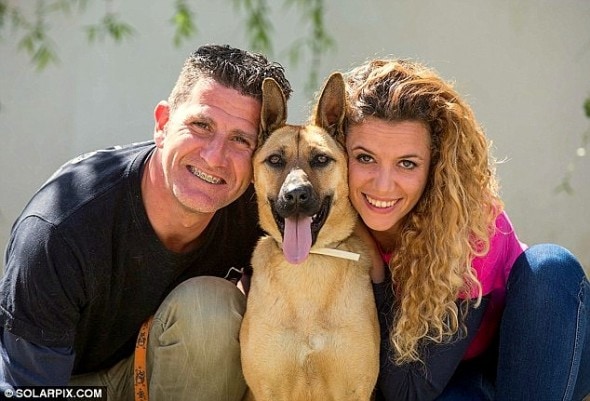 “I’ve got five dogs at home with Barilla, but she’s the first proper companion I’ve had since my old pet boxer Turco died in an accident five years ago. Her will to live was amazing and I felt a connection with her the moment I saw her.

“Her recovery has been staggering. From the third or fourth day she was eating five or six times a day and putting on two pounds a day in weight. She’s now up to 46 pounds and is on the road to a full recovery.

“I look back at photos of her after we rescued her and pictures of her now and she looks like a different dog.  We’re inseparable now. She’s so intelligent and obedient. The first day I saw her I told my colleagues I was going to keep her and that’s the way it’s been.” 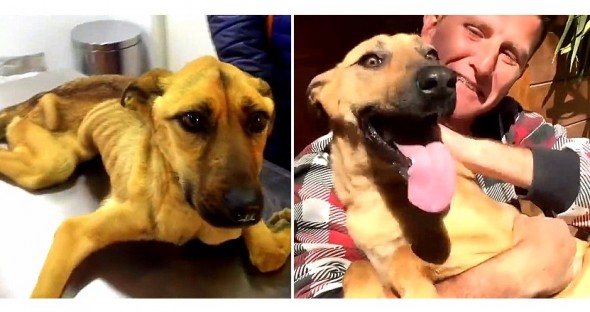