A teenager from Dowell, Illinois has been left devastated after she returned home last Sunday to find her two-year-old dog shot dead and lying on her lawn. It is believed that the town’s mayor ordered a police officer to shoot him for no reason other than being outside unattended.

The family says their dog Boots never showed any sign of aggression.

“He was so nice and he’d come up and lick you,” said 17-year-old owner Brittany Tilley of her lab-beagle mix.

Twenty-year-old Damian Sowl, a friend and neighbor of the Tilleys, was out walking his dog on Sunday evening when Dowell police officer Ralph “Smitty” Smith approached him and asked for the Tilleys’ phone number. Their dog had gotten out, but the Tilleys were never called.

“The mayor, Dennis, stopped me on the side of the road and said keep off this street and everything, cause the dog was loose and I told him I’d pick up the dog and take him back and put him up and everything for them and he said, ‘no, we’re going to handle it my way,’” Damian explained.

Damian had gone to talk to another neighbor, and within minutes, there was a gunshot.

“The next five minutes, we heard a gunshot and then we got in the vehicle and left and found the dog laying by the mailbox over there,” he said. 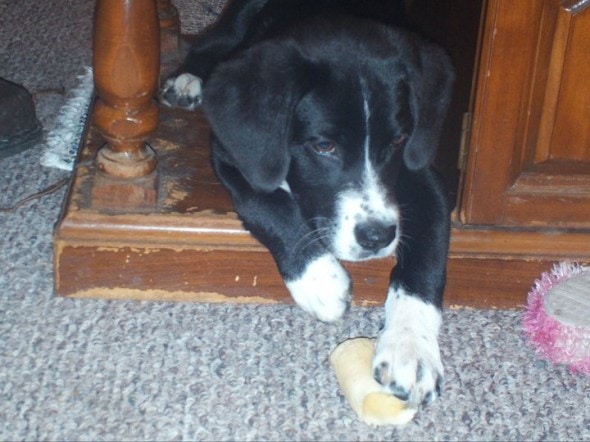 Family friend Jeremy Beckham was on his way into town when the incident occurred. He knows that Boots got off his chain, but says there’s a reason why taxpayers have a dog catcher on retainer. The dog could have been caught and held until Brittany’s father Mike got back into town to collect him.

“They should have took it to the pound and held it for a few days until he got back and then gave him a fine instead of harming an innocent animal,” Jeremy stated.

Myriad calls have flooded the mayor’s office, but officials are keeping quiet. A local news team went to the mayor’s home, but were told to leave and had the Jackson County Sheriff’s Department called on them. Dowell Village attorney Aaron Atkins said they are not coming forth with a statement because the matter is under investigation.

But Brittany is not satisfied, and demands answers, as well as justice, for her sweet Boots.

“It’s wrong… it’s wrong, and just to leave him there? Just leaving him in the yard for me to come home in the morning and find,” Brittany said tearfully. 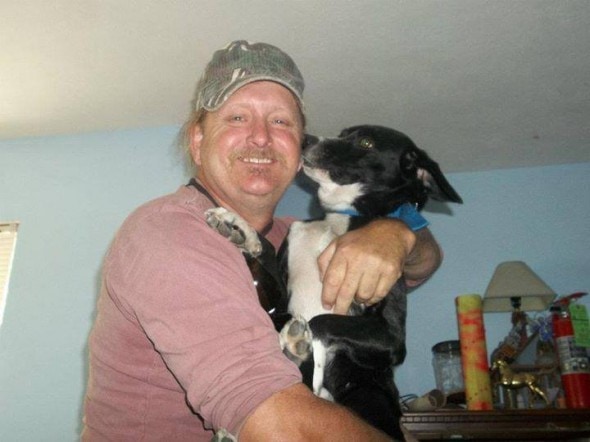 In addition to issuing death threats, some locals (as well as those outside of the area) are calling for the mayor and the officer in question to be released of their duties, as they are clearly not capable of handling them. An investigation is underway, but if it is carried out by the Dowell Police Department or the Jackson County Sheriff’s Department, it is highly unlikely the trigger-happy mayor or officer will face any serious consequences. If ordinary citizens are to be punished for such actions, why are city officials above the laws they are meant to uphold, and not being held to the same standards?

Dog lovers and fair, compassionate people are tired of seeing wicked and unnecessary deeds go unpunished. The Tilley family (likely along with a slew of other townsfolk) will be present at the next town meeting with the mayor, scheduled for June 10, and they will demand justice for Boots.

The photo of Boots after his tragic murder is highly disturbing, and we have chosen not to show it on our page, but it is briefly shown in the video below. Those interested in seeing it may also visit the Facebook page Dogs Shot by Police at: https://www.facebook.com/photo.php?fbid=390474587733605&set=o.188434097845629&type=1&theater