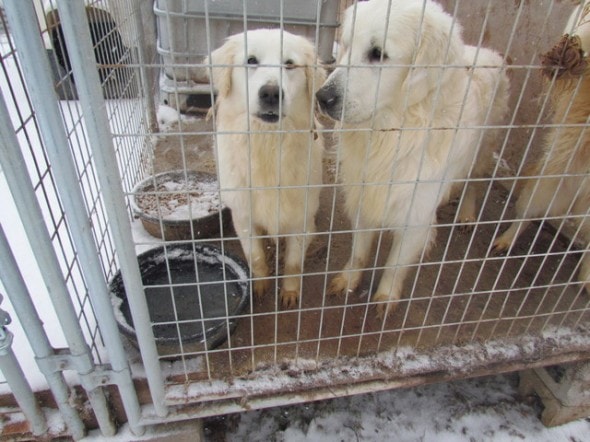 A Kentucky man is facing 20 counts of animal cruelty after 18 dogs were rescued from his puppy mill on Friday.

Dennis Kramer is currently in jail being held on 20 counts of second-degree animal cruelty after authorities raided his puppy mill on Friday. They had been investigating him for several weeks and used satellite images to find his kennels.

The dogs were kept in deplorable conditions in kennels that were outside in the freezing temperatures.

“The dogs had no fresh food or water,” said Sheriff Jeff Kidwell. “One of the worst was one of the Great Danes. Is feet were just all bloody, because he had been walking around in his own urine and feces for so long.”

In addition to the Great Dane several Dalmatians and Golden Retrievers were also rescued. They are now in the care of Kenton County Animal Shelter.

Kramer faces up to 12 months in jail and $500 fine for each of the 20 counts of animal cruelty he has been charged with.