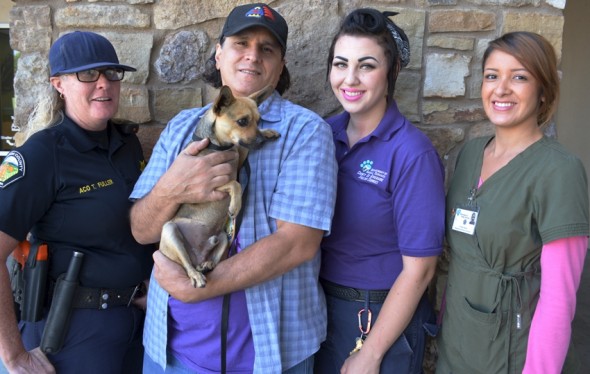 A Chihuahua mix dog found in a dumpster still wearing his collar has found a new home where he will be loved. It is not known whether Oscar was stolen and then discarded, or otherwise ended up in the trash, but he is beginning and new and better life from now on.

The little dog that was discovered inside a Dumpster in the city of Jurupa Valley is now living comfortably in his new home.

A Temecula family adopted the 3-year-old Chihuahua mix on Wednesday, Oct. 15 from the Western Riverside County/City Animal Shelter. Oscar, as the shelter employees nicknamed the dog, headed home on Thursday, Oct. 16 because the pup still needed his neuter surgery. More than 100 calls came to the shelter from prospective adopters.

Victor Rocha and his family adopted Oscar and the former dumped dog will now be able to roam freely in the family’s 4,000-square-foot home with two other dog buddies, a 7-year-old Golden retriever and another rescued dog, a 2-year-old Labrador-Pit Bull mix. There’s also a Calico cat in the home that runs the place, said Mr. Rocha.

“We’re very happy that this poor dog is getting a second chance, thanks to Victor and his family,” Director Robert Miller said. “And it sounds like he’ll have plenty of room to live a great life.”

Mr. Rocha said he could not understand why anyone would abandon a dog in such a terrible manner. He came across an online article and saw the picture of Oscar in the Dumpster, looking up. The dog’s eyes called out to him, he said.

Roughly a month ago, a resident at a mobile home park in the 6000 block of Mission Boulevard in Jurupa Valley’s Rubidoux area discovered the dog inside a Dumpster. The resident told the manager, who then called Riverside County Animal Services.

Officer Tiffany Fuller retrieved the dog from the Dumpster on that Saturday morning, Sept. 13. The dog was slightly overheated, but otherwise his health was OK.

A collar around Chihuahua’s neck had the phrase, “I love My Dog.” Although shy at first, he warmed up to all the shelter employees, who nicknamed him Oscar, in a nod to the “Sesame Street” character. An owner of the 3-year-old Chihuahua mix never came forward and he did not have a microchip.

Riverside County Animal Services sought the public’s help in trying to determine who might have purposely harmed the dog. The story received significant media coverage, but officers didn’t receive information that led to an arrest.

The shelter shared a series of photos from the happy occasion of Oscar’s adoption, along with the video seen below.

Victor holds Oscar and talks about his decision to apply to adopt and the love he already feels for the pup: 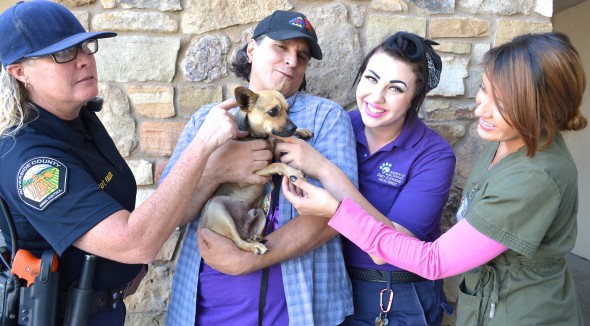 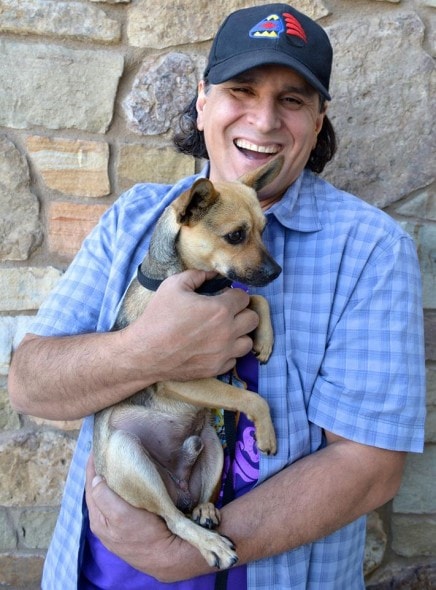 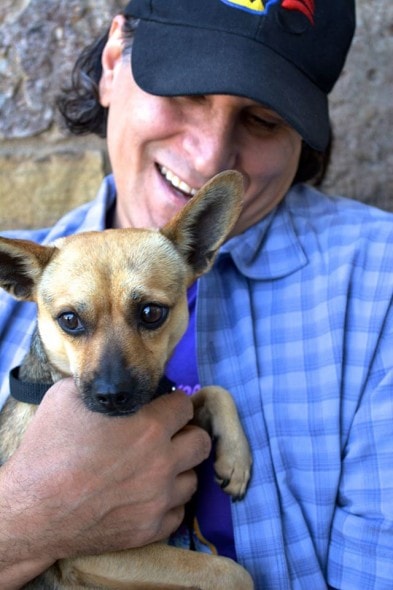 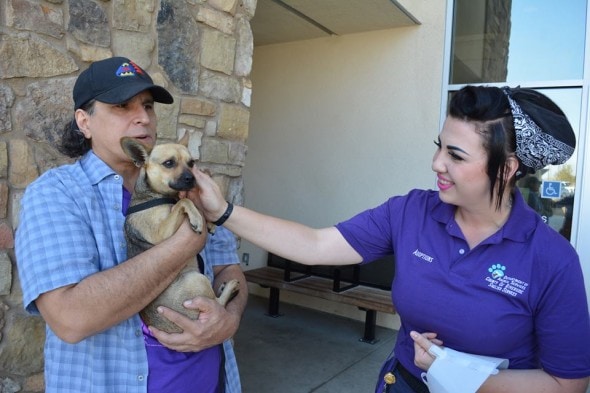