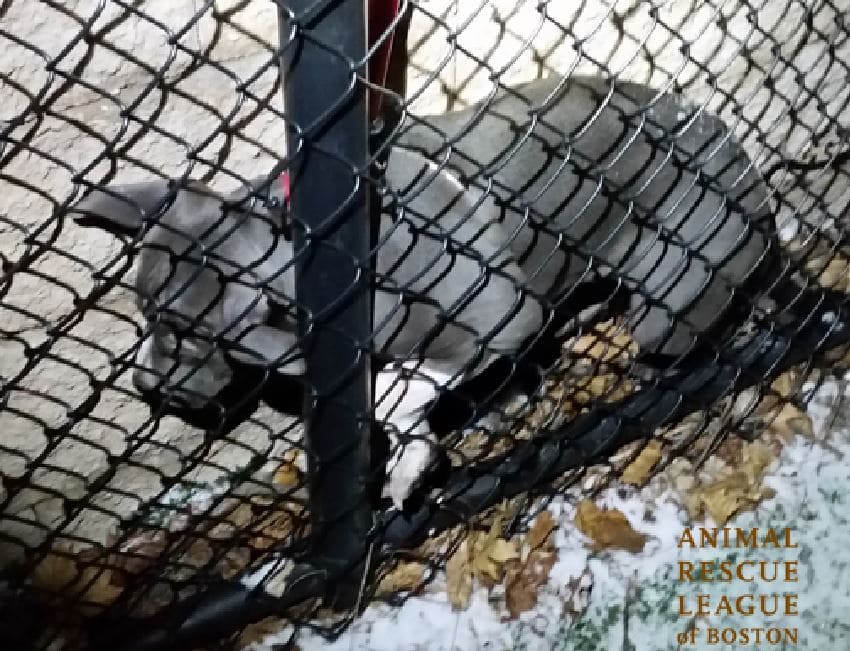 Two boys were thanked for their efforts after they got help for a puppy who’d gotten wedged between a chain link fence and a concrete wall and was crying in misery on a very cold night in Boston last week.

After hearing whimpering noises coming from somewhere, the boys went outside to look around and try to find what was making them. They followed a trail of tiny footprints in the park across the street from their home and found the poor pup trapped between a metal fence and retaining wall.

Realizing the little dog was stuck and would not survive a night out in the freezing cold, the two rushed to get help.

The two boys who called the Animal Rescue League of Boston (ARL) and Boston Animal Care (BAC) for help.  The ARL and BAC arrived on the scene and worked together to pull the shivering and frightened puppy out from behind the fence.

While the rescue was easy to make, it made all the difference in the world to the little pup.

The ARL later said they were happy to report that the little guy is sweet as can be and recovering from his ordeal. They publicly thanked the boys for helping an animal in need.

This short video shows the puppy being brought to safety from the narrow space where he was trapped: