A five-year-old Florida girl’s life was saved by her family’s pit bull, Trigger, after she was attacked by a Lab mix while riding her bike.

“She’s a tough cookie,” said mom Lucila.  “I think I was crying more than she was!”

Remayah Hernandez was riding her bike in her Lake Worth neighborhood in November when she stopped to pet Tank, a neighbor’s wandering dog, who then attacked her.  Lucila says Trigger jumped over the fence and got in the middle of the fray when Tank started biting her face.

“To me, he’s like a hero. He’s a protective dog,” Lucila said.  “We taught him to be protective and caring for the family.” 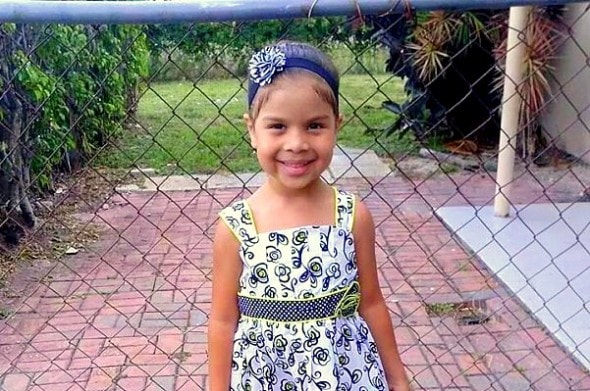 “He’s a superhero,” Remayah said of her pup.

The young girl had to undergo plastic surgery to repair the damage done to her face.  A fundraiser was set up to help cover the costs.  Any additional funds will be used towards a trip to Disney World to cheer up the traumatized girl.  The family had been planning the trip before this happened, and used the money for medical care.

Sadly, Tank was later picked up by animal control and euthanized.  His owner, Nehemias Gaspar, said he didn’t know how his dog got out, and was working at the time.

“He was very friendly with all of the kids. He was a great dog. He was a very nice dog,” he said. 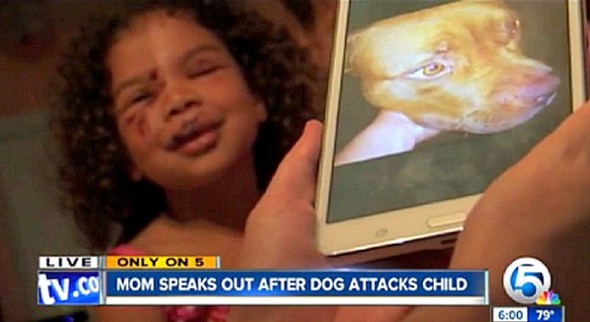 Nehemias believes there is more to the story than what the Hernandez family says.  He says Trigger has gotten out before and he’s walked the dog home.  He believes both dogs got out and were fighting before Remayah came into the picture.

“I sincerely believe inside of me that my dog is innocent. It’s very unfortunate what happen but I’m more worried about the girl now that my dog is gone,” the man said.

What happened was indeed a tragedy for all involved, but his scenario doesn’t explain how Remayah got attacked.

“This would have never happened to her if he would have kept his dog where he belongs: in the house or tied up,” Lucila said.