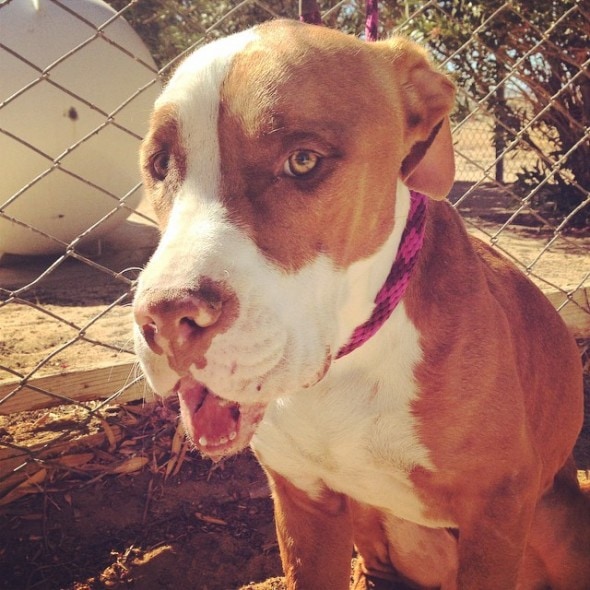 Marley’s Mutts founder Zach Skow headed to the Mojave Shelter, in Mojave, California earlier this week to pick up a dog in need of help.

Jaws, as shelter staff and vets named him, suffers from a badly damaged, shattered jaw, but Marley’s Mutts approached his rescue with great optimism, knowing that things were about to turn around for the better for the big 10 month old pup.

Jaws came to the shelter just a day before his rescue, and Marley’s Mutts was able to quickly determine that he was a good candidate to become a Marley’s Mutt. Jaws was shy and reserved when he was rescued, but his friends will do their best to help him on the road to happiness while they deal with his medical needs.

A preliminary evaluation of the injury showed that even though Jaws is a young dog, the break is an old one relative to his age, and has been healing improperly. Worse, the injury was badly infected and that infection could spread to other areas of his body.

Jaws’ new caregivers sought informed opinions  in order to come up with a plan to take care of the injured jaw, and to learn whether amputation was the best course of action.

Jaws had his evaluation Wednesday morning with Dr. Komin of Tehachapi Veterinary Hospital to see about repairing his awful bilateral mandibular break.

Marley’s Mutts shared an update at Facebook, saying: “Dr. Komin has performed this kind of repair before but never this bad and not on a break this old. If they are to succeed the existing broken bones must be sanded down, a graph used, and then wired and possibly plated together. There is a chance it could fail and the bones won’t heal. There is also a chance that the area is just too necrotic and we’ll have to remove that portion of his Jaw. Dogs have Great success in life after an “amputation” like this and either way, he’ll be happy and healthy in the long run!”

Another update says: “I’ve spent a lot of time on the phone with qualified professionals concerning how to best address this break. Our quotes from UC Davis, TVH and VCA ranged from 2k to over 10k for a variety of different treatments. I was hesitant to pursue such expensive options but [Marley’s Mutts supporters, or the “Mutt Militia”) all have shown terrific support for this boy, which leads me to move to spare no cost. Originally, surgery was scheduled for tomorrow but I am going to have a meeting with Dr. K in about an hour or so and arrange a teleconference between he and Dr. Stroem at UC Davis. Before we operate, we’ll need ultrasound to make sure there are no other breaks, cultures of the bone to see the extent of infection and what it may be resistant to, as well as a more thorough exam to determine if the area is suitable for an implant. Dogs are very functional without this part of their jaw, but we’d still like to give him the opportunity to keep it.

Another update made Wednesday said: “He’s well, he’s happy and we are working with a handful of vets to make the right decision. TVH is going to speak with the experts at UC Davis tomorrow morning and they are going to go from there. Dr. K (UC Davis grad) will most likely anesthetize Jaws tomorrow and see what we have to work with. If the bone is super infected or dead, we may not have too much to work with. That being said, we aren’t going spare any expense with Jaws–he gets the best money can buy.”

Three videos take the viewer along as Jaws begins his journey to a new and better life. By the third video, he is already noticeably more calm and at ease with Zach.
.
JAWS RESCUE: 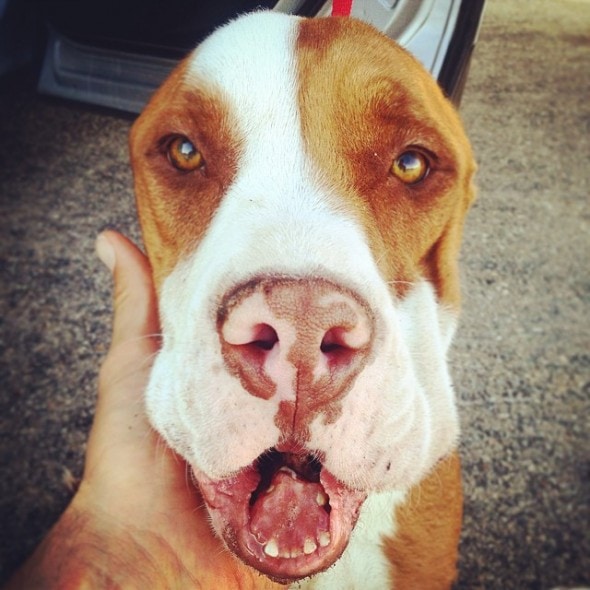 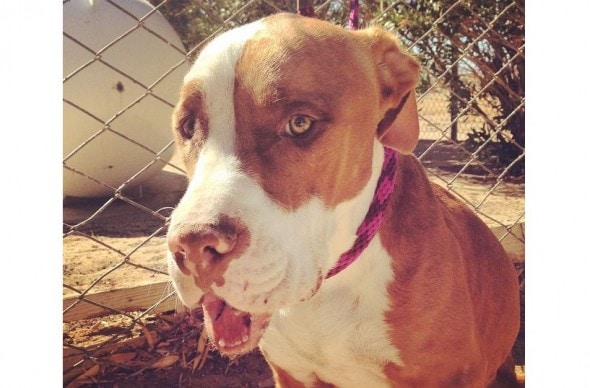