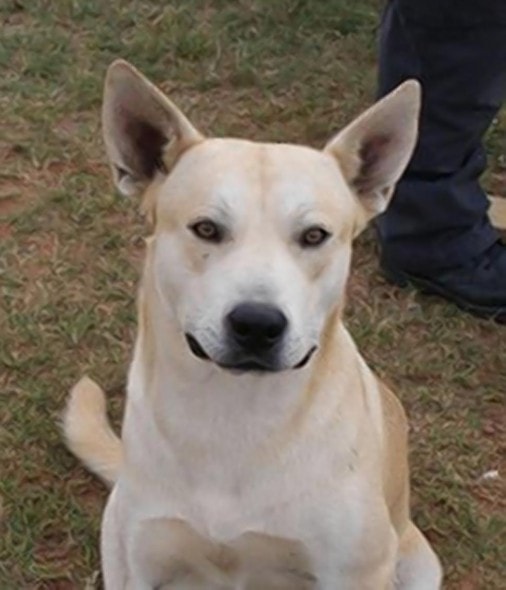 Alabama police were in the home of a suspected meth dealer executing a search warrant on the property.  It turns out that the drug dealer’s dog was the one that ended up blowing him in to authorities.

When the Prattville Drug Enforcement Unit entered the home which is about ten miles outside of Montgomery.  The property was occupied by Edward Melvin Henderson, and when the cops arrived, Henderson bolted out the back and down a ravine, and kept going.

Waiting near the ravine was Henderson’s dog, Bo.  Bo is part pit bull and part husky.  An officer pointed to the suspect and told the dog, “Go get him!”  That’s exactly what Bo did.

“Bo without hesitation went down the ravine, trailed by two Drug Enforcement Investigators,” said the Prattville police in a statement.

Even though investigators had lost Henderson when he entered some woods not far from the property, all was not lost.  When they emerged from the woods they say Bo, standing by some tall grass and wagging his tail.  His own dog brought him down.

“Bo was rewarded with dog biscuits from our K-9 sergeant,” said the report.

Henderson was brought into custody without further incident.  When they search was over, police found large quantities for meth and equipment used to make it.  Henderson is charged with failure to obey police, two counts of first-degree unlawful manufacture of a controlled substance, second-degree unlawful manufacture of a controlled substance and possession of drug paraphernalia.