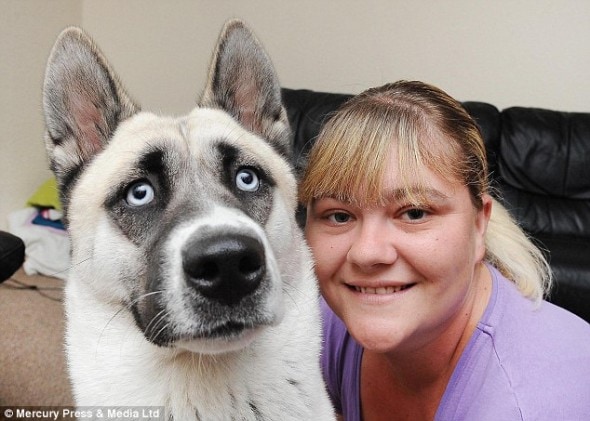 A ten-month-old puppy who has only been with her family for one week is being credited with saving them from an arson attack that took place at their home in Manchester, UK.  An investigation into what happened and why this family was the target of the arsonist’s fury is underway.  Mark Johnston and his family are just happy to have made it out of this situation alive and with no one badly injured. 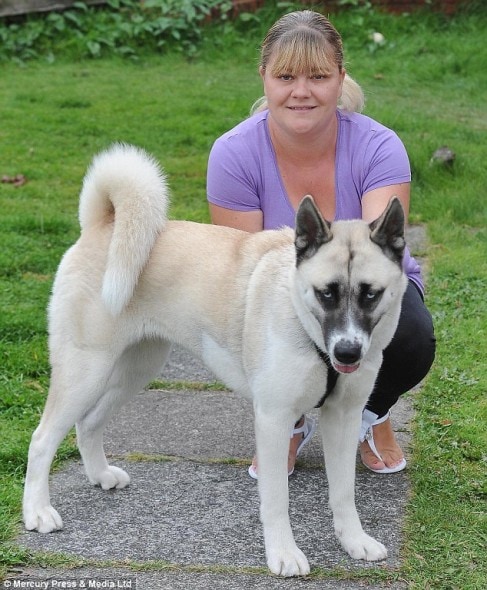 The fire started around 4 am on Sunday.  A wheelie trash bin was pushed up against the front door, stopping anyone from leaving the home.  Araya awoke to the flames and smoke, broke out of her training crate and immediately went to warn Mark.  She got him to wake by pawing at him and barking very loudly and non-stop.  Once Mark was awake he rushed to get the rest of the family to safety (likely through the back door). 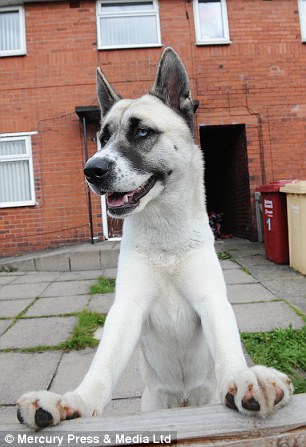 “Without Araya, we would probably be dead,” Mark said.  “I was sound asleep and the door between me and the front door was shut so I was not going to wake up. She came in and was pawing at me and barking.  Everyone was asleep upstairs so you dread to think what might have happened.” 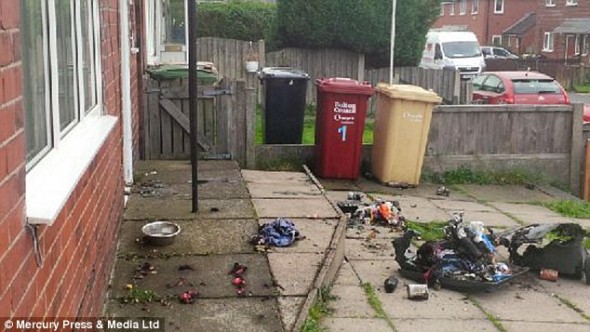 Mark, his wife Emma, their son Marshall,  and their daughters Courtney and McKenzie are very thankful for their lives, as well as for their other dog, nine-year-old Rottweiler Tyson.  Another daughter, Taylor, was staying at a friend’s house that night.  Way to go, Araya!

126 thoughts on “Puppy Saves Family of Five from Arson Attack”