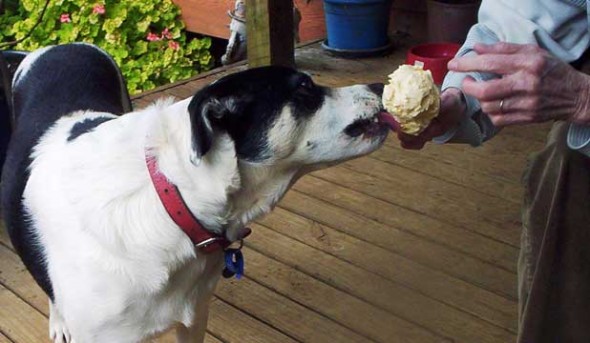 It was the middle of the night, and heart patient Dan Fletcher woke up and became dizzy.  In attempting to return to his bed, he stumbled around and banged into walls, presumably calling out for help.  Bindi, a Border collie cross-breed, was as always asleep in Fletcher’s room but became alert immediately to the problem and ran barking for help.  She may just have saved Dan Fletcher’s life.

Bindi was adopted by Dan and his wife Karen about 4 years ago from Whangarei SPCA, NZ where she was initially found wandering the streets.  Their son encourage them to visit the shelter and bought Bindi for them as a Christmas gift.  Like most rescue dogs Bindi has always been loyal and loving but her act on the night that Dan Fletcher had his stroke was priceless. 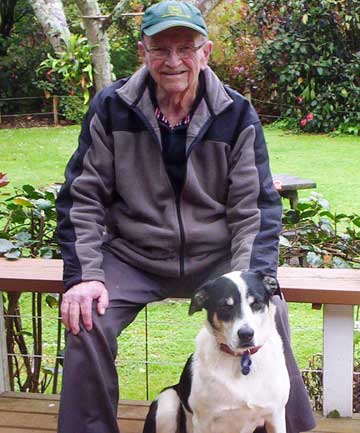 Says Karen Fletcher, “Next thing Bindi was barking so loudly I thought we had an intruder but as I got to the door I saw Dan sitting on his bed unable to move his right arm or speak properly, trying to communicate with me but unable to.  This dog helped to save my husband’s life as the ambulance button was then pushed,” Karen says.  Emergency responders arrived on the scene soon after and began to treat Dan Fletcher who is now recovering well, with Bindi always close by his side.

For her efforts Bindi was treated to something she loves almost as much as the Fletcher’s;  an entire ice cream cone all to herself, which she wasted  no time finishing.