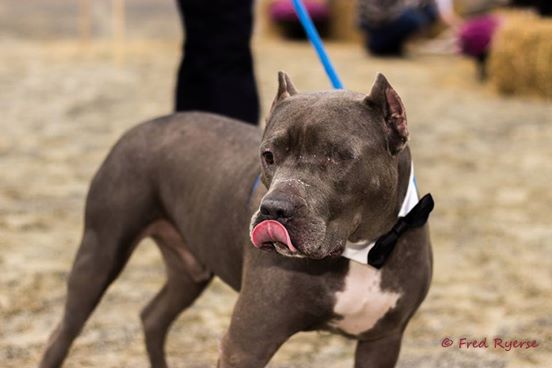 Abbey and Zeus are a pair of rescue pit bulls that met each other in while they were residing in the same shelter.  Flash foreword to today, and they are a truly bonded pair, not just in spirit, but in actual marriage as well. 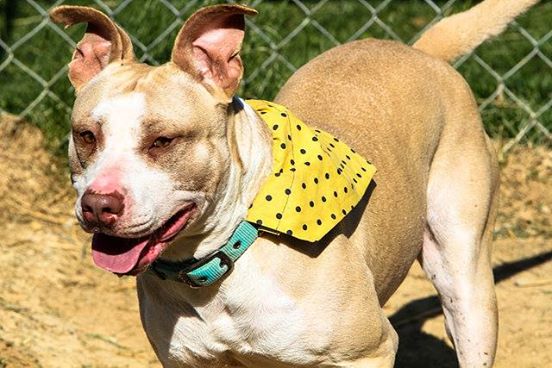 They have both suffered at the hands of cruel humans, and at first, it was tough for Abbey.  She was unable to trust anyone, dog or human, and with everything that she’s been through, it isn’t hard to see why. 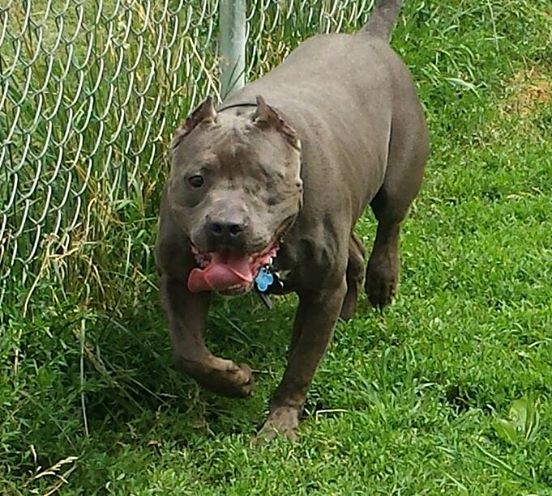 Her shy nature made it difficult for the shelter she was staying at to find a family for her.  It would have seemed that no one wanted to take a chance on her.  After being at that shelter for over 800 days, she was transferred to Speranza Animal Rescue in Pennsylvania.  That’s where she met Zeus. 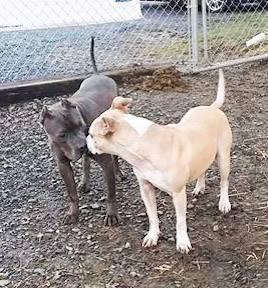 When Zeus was brought to that shelter well before she was, he had been a victim of horrible abuse as well.  He had appeared to have been beaten with a baseball bat.  Speranza gave him the medical care that he needed, however the abuse would cost him one of his eyes. 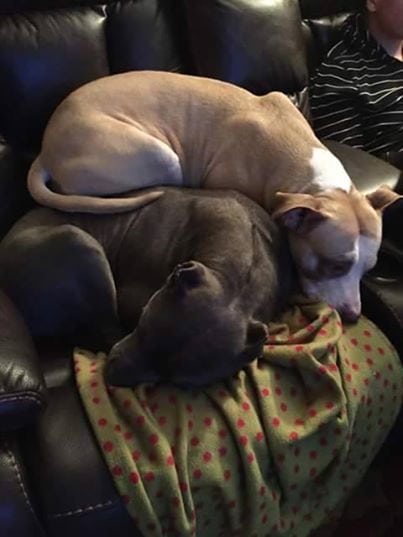 The two finally met, and for whatever reason, they hit it off immediately.  They almost seemed to understand the horrors that the other has seen, and it created a very strong bond between them. 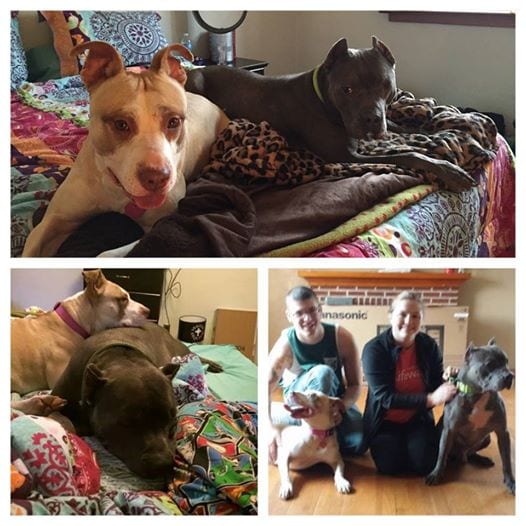 “Abbey didn’t get along with other dogs and Zeus wasn’t confident with strangers or any other dogs.  Until they met each other,” said a Speranza volunteer to the crowd at the wedding.  “Once they found each other, they were inseparable.” 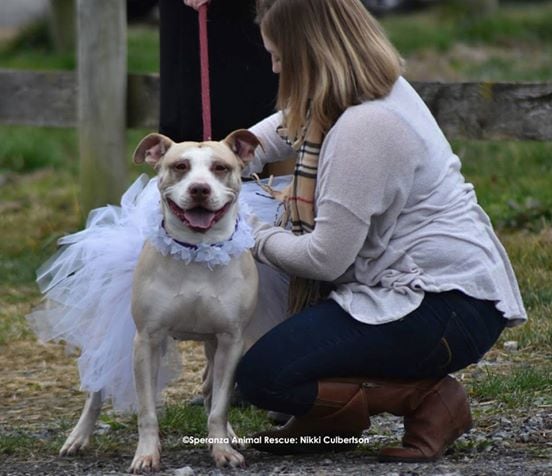 Volunteers at the shelter began to fear that they would have to be split up.  Both being shy dogs, and pit bulls could really have proved a challenge when it came to finding the suitable forever family for them.  That’s when the Morettis family stepped in, and all of Zeus’ and Abbey’s dreams had come true.  They would be together, forever. 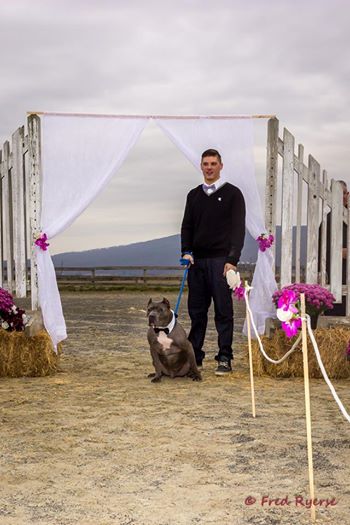 The wedding between the two dogs was something that the family had in mind for a while.  However it was this past Saturday that they had the official ceremony, and it was a beautiful affair to be sure. 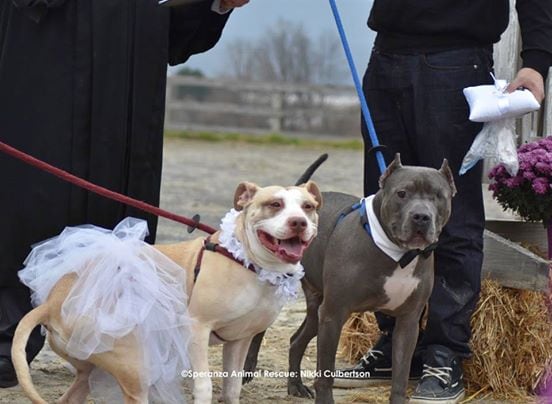 The Morettis’ pulled out all the stops for the event.  As you can tell from the photos, it was a beautiful day to have these two tie the knot, and profess their love for each other in front of all of their friends and family.  As if that hadn’t been apparent from the moment they met. 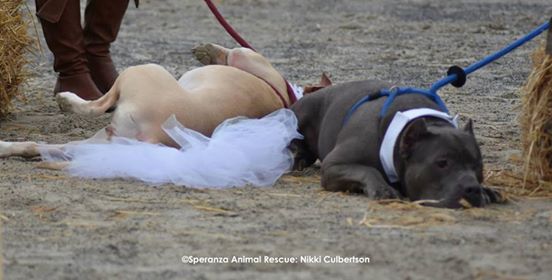 “You fill up my days with companionship love and happiness.  Speranza saved my life, and you, my dearest Abbey, saved my soul,” said the officiator on Zeus’ behalf. 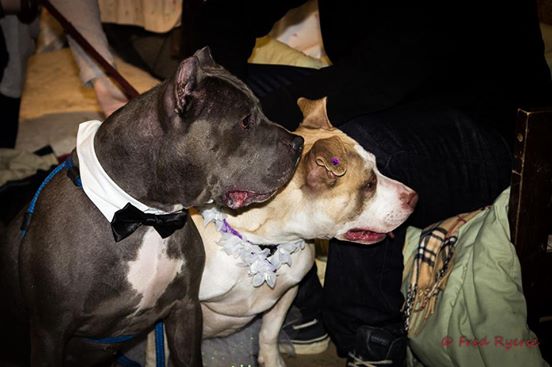 “Zeus, [you] did what no human and no other dog could have done,” read the officiator for Abbey.  “Your unconditional love and warm companionship filled the emotional scars that I had so much trouble filling on my own.” 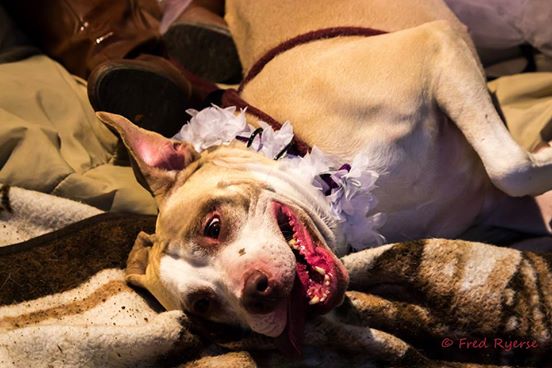 After the ceremony, they exchanged matching collars in lieu of wedding rings.  After that, CAKE!!!

Everyone was so happy that the two dogs really did have their day.  The video included gives you a great look into what the whole ceremony was all about, and it really is a beautiful thing to see.

Thank you to The Dodo for the photos and video.  To see their really awesome webpage, click here.