Through the efforts of Pennsylvania Senator Andy Dinniman and the passionate voices of animal advocates throughout the state, Daniel’s Law advanced in the Pennsylvania Senate, unanimously passing the Senate Ag and Rural Affairs Committee on Wednesday, December 14. The law will make it a crime for animals to be euthanized in a carbon dioxide gas chamber. 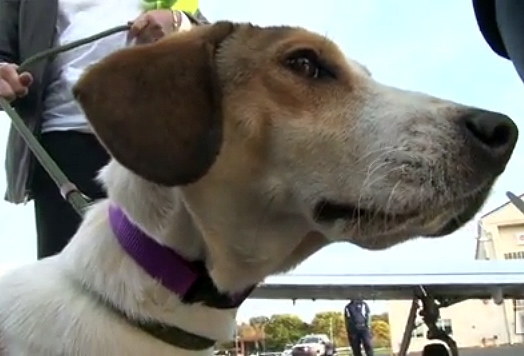 Daniel’s Law was named after Daniel the beagle ( http://www.danielthebeagle.com ), who survived an Alabama carbon monoxide gas chamber this fall. Since surviving the experience, Daniel has been adopted by New Jersey dog trainer Joseph Dwyer, and has embarked on a trail of animal advocacy that has taken him from the Statehouse to animal rights rallies to the Anderson Cooper television program.

“Today is an important victory for thousands of animals in Pennsylvania, yet there are more than 30 other states that still permit the gas chamber and other inhumane forms of animal euthanasia. These animals need someone to advocate for them,” said Dwyer. A listing of states that have banned this form of animal euthanasia, as well as those who allow carbon dioxide gas chambers, is available at http://www.danielthebeagle.com

Named after the Biblical figure who survived the lion’s den, Daniel is on a state-by-state mission to outlaw inhumane forms of animal euthanasia and promote animal adoption.

“Daniel’s story reflects that even the most perilous circumstances can ultimately lead to a positive outcome. We are tremendously grateful for the leadership efforts of Senator Dinniman in advancing Daniel’s law through the Statehouse. He is an example of how our state’s leaders protect not only the interest of our human citizens, but those that can’t speak with a voice – our animal population,” said Dwyer.

Daniel is the pet sibling of Shelby, a formerly abused pit bull who works as a therapy dog at several New Jersey hospices and community organizations in addition to promoting anti-bullying efforts. Daniel and Shelby live with three other pet siblings in addition to the Dwyer family of four.