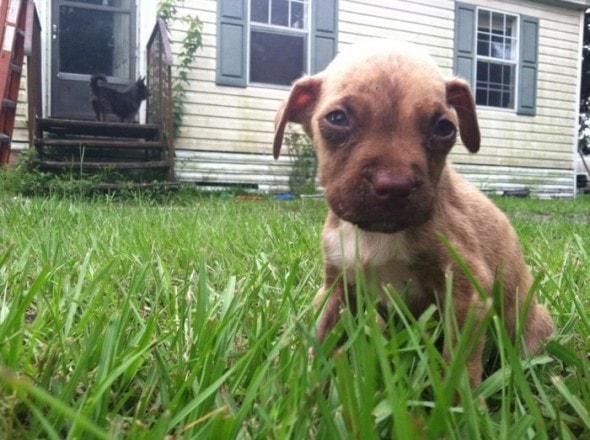 A puppy named Beecher has been adopted by a loving family and is learning what life as a dog is supposed to be all about after starting life being abused and abandoned.

Earlier in July, an abandoned dog and its puppies were found by a trash collection site in Welaka, Florida. Sadly, the mother died, as did three of the four puppies that had been discovered.

Investigators believe the dog and its puppies were abused and malnourished.

“The dog was living on the porch and found to be living in its own feces,” said Putnam County Sheriff Deputy Paula Priester.

Suspected to be the abuser, 27-year-old Deondra Milledge was arrested and charged with five counts of animal cruelty. She claimed it was her boyfriend who abandoned the dogs, and not long after, a warrant was issued for Ryan Flynn. He was arrested and is facing two counts of causing death by pain and suffering to an animal and three counts of abandonment of an animal.

“He dumped them on the side of the road and left them for dead,” Priester said. 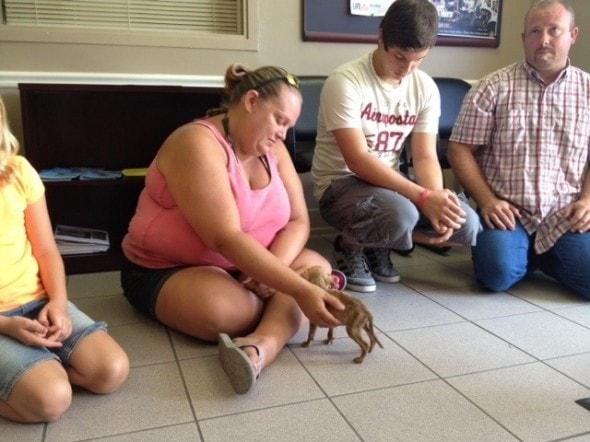 Ben Byers came across those puppies, and named Beecher after the street on which he was found.

Beecher underwent a blood transfusion and has gained over a pound so far. His community has flocked to him to provide the tiny puppy with all the love and support he needs. The Byers believe he will make a full recovery and go on to live a full and healthy life, despite the miserable conditions into which he was born.

Little Beecher even has his own Facebook page so fans can track his progress, and donations to help with his veterinary care can be made by calling the Animal Medical Clinic at 386-328-4613. 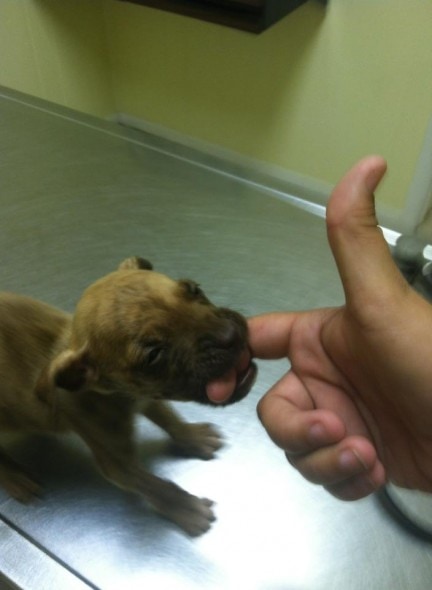