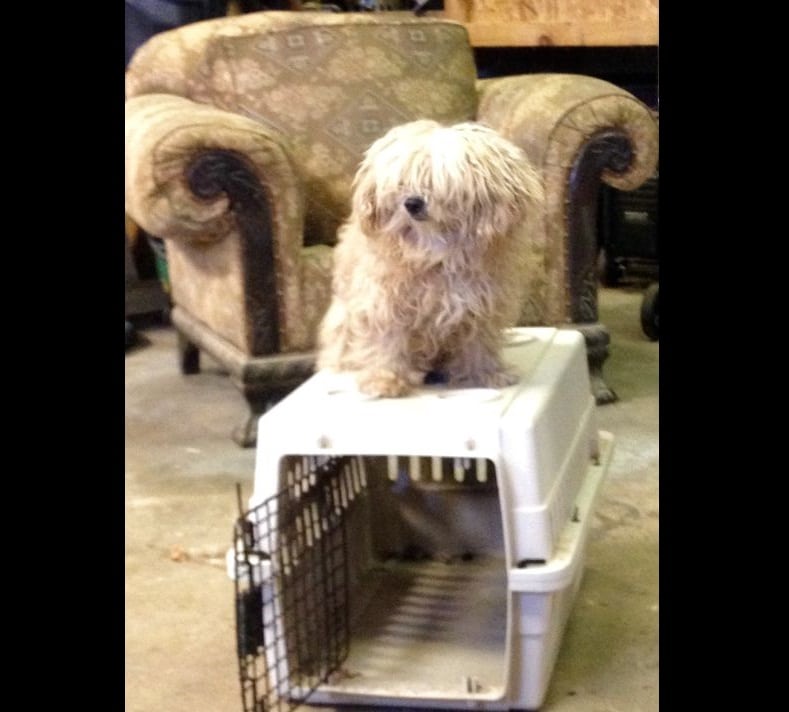 A male dog, presumed to be a Maltese mix of some kind, was found this past Sunday abandoned in a plastic crate left in a women’s public restroom.  The restroom is located in Fahnestock State Park, near Pelton Pond in the state of New York’s Hudson Valley.

Due to the “severe state of neglect” officials say the dog was in at the time of his rescue, a full scale criminal investigation has been started.  The poor little guy’s white fur was so matted, it made it impossible for him to pass feces, and he was very much underweight.

He’s believed to be between three and four years old, and is not fixed.  Because of his condition, if anyone is arrested in connection with the neglect and abuse this little guy has been forced to suffer through, they could face misdemeanor counts of animal cruelty and abandoning an animal.

The dog is now undergoing a full medical evaluation and a thorough scrubbing and grooming at the Putnam County SPCA.  They are asking anyone that may know the dog or know the name or whereabouts of the heartless person or people responsible for this clear case of neglect and abuse to contact them as soon as possible.  They may be reached on their 24-hour animal cruelty hotline @ 845-520-6915.  You can also visit their website at www.spcaputnam.org, or by clicking on the link in this story.  You can also click here for their Facebook page.