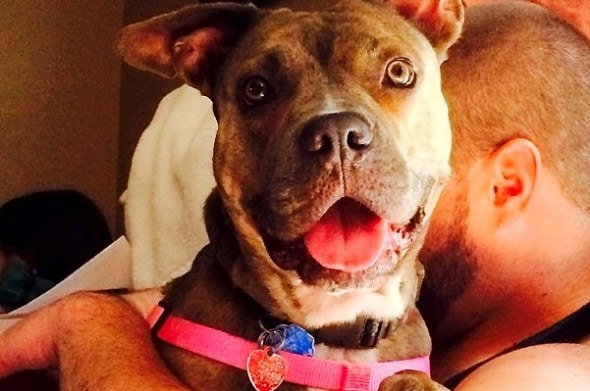 Faith is an approximately three-year-old pit bull mix that I rescued on November 21, 2013. I was walking my roommate’s pit bull and she was wandering the streets of Lake Worth, Florida. She was emaciated and looked like walking death. You know the animals you see on the ASPCA commercials? She was emaciated just like them; you could see all of her hips and ribs and she looked like she shouldn’t be alive. 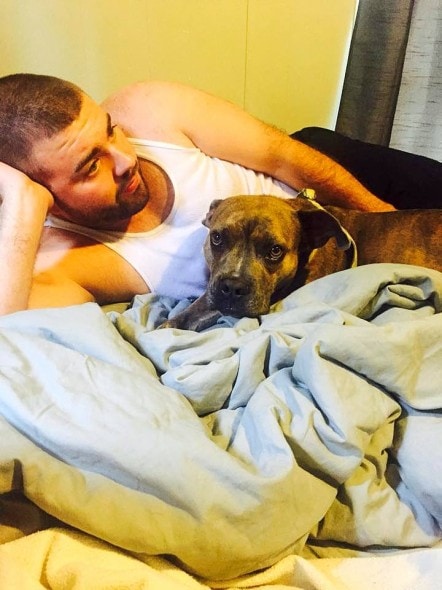 I went over to her and she was friendly as can be, despite her current condition. She covered me in kisses and I just held her and decided to take her home and feed her, then I would take her to the shelter. Her nipples were hanging low like a dog who had just given birth, but she looked like she was in no condition to give birth. I took her home and fed her a few bowls of food over the night while we waited for the shelter to open the next day. 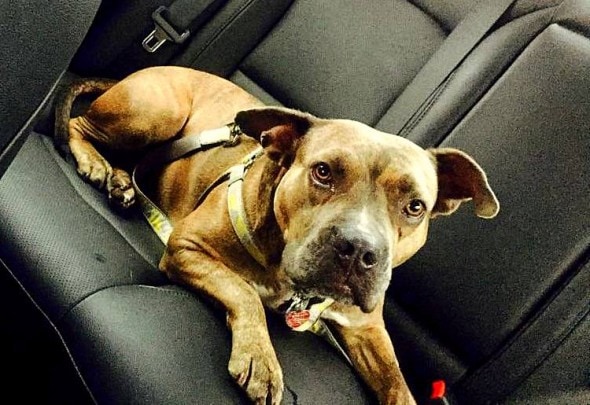 The no-kill shelter I was trying to take her to refused to take her because she was a pit bull, and I was appalled. They suggested the Palm Beach County Animal Shelter, but assured me she would more than likely be put down because of her breed and condition. I was shocked. But the last thing I was going to let someone do was kill this poor soul. She had so much pain in her eyes I could tell she had been through hell. 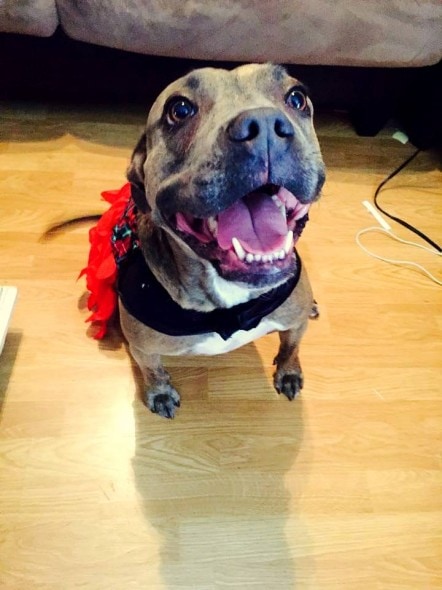 So we introduced her with my roommate’s dog and integrated her into the household, and she has been my baby girl ever since. After taking her in for an evaluation at a vet, they determined she was most likely used as a breeder for fighting dogs and was thrown away because she probably wasn’t able to produce large litters anymore. They surmised she had had about 3-4 litters, and one very recently. I gladly welcomed the challenge of rehabilitating this kind, loving animal, as I was also going through a rough patch in my life. 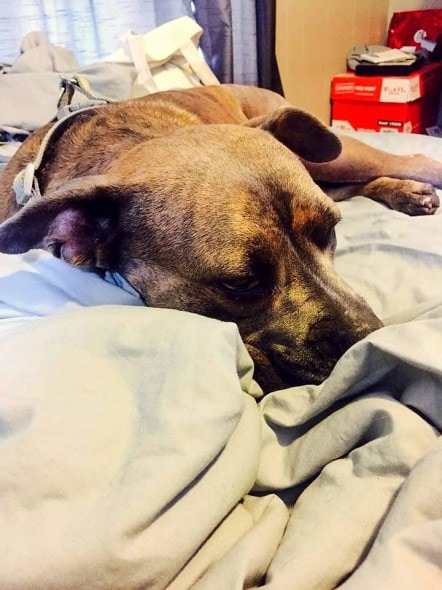 She became my best friend and we did everything together. Then she started having issues with holding her hind left leg up and not putting weight on it in June 2014.  At first they thought it was a sprain, but after it continued they diagnosed her as having a luxating patella, which is where the kneecap doesn’t sit properly in the groove on the knee and wears down the cartilage and cause severe pain. This explains why she couldn’t walk on it. I took her to a veterinary surgeon expert and he diagnosed her as definitely having the luxating patella, and that she would need surgery immediately or risk tearing her ACL, which he said would be much worse than just the knee cap injury. 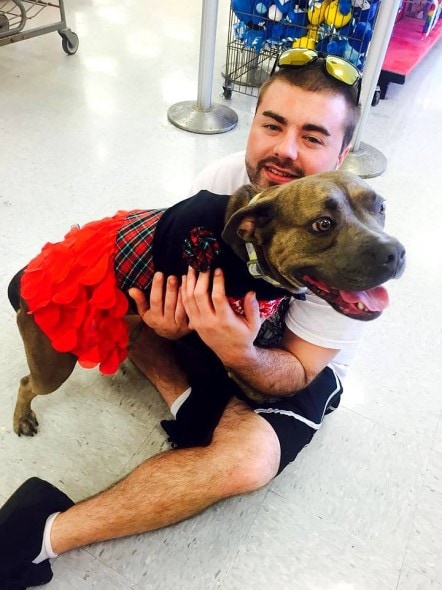 The first visit cost $125 and the surgery is going to cost between $2,260 and $2,400.  I’m unemployed, as my job closed down, and I’m looking for anything to help ease this financial burden. 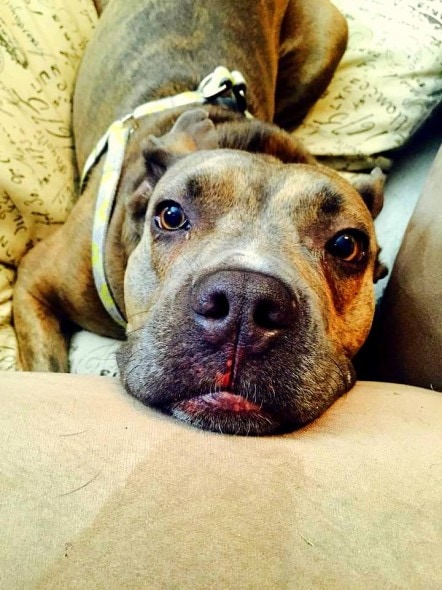