He was discovered on a Massachusetts roadside, locked in a crate — food, toys and a blanket all inside. The Hingham Police suspect whoever abandoned the little dog may have been trying to do the right thing.

They just went about it a very wrong way. And they may face animal cruelty charged for it if it’s ever found out who they are.

“This dog was found in this cage with blanket, leash, food, dog coat and toys on side of road near 158 Downer Ave. at 11:19am today. Had been there less then an hour. It had no microchip,” reads the post written on Monday. 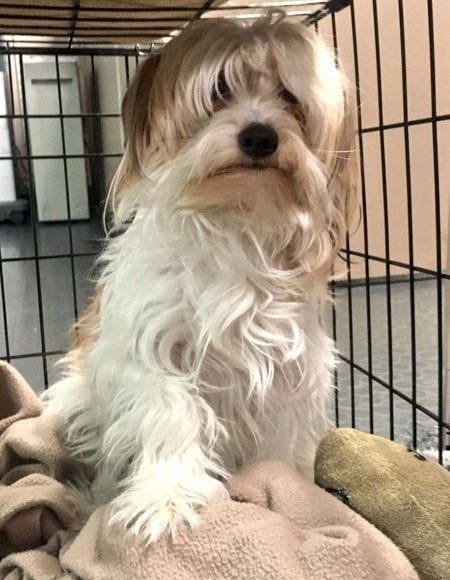 The dog is now safe in the care of the Animal Rescue League of Boston.

The sad pup’s story, which has now been viewed more than 700.000 times on Facebook, clearly touched, angered and upset many. There were countless offers to adopt him. The police were grateful for the interest and care, but for the time being, the dog will remain at the shelter as the investigation continues.

“You’re amazing,” a post added on Tuesday reads. “We thank you all for your support, shares, comments and interest in the dog that was left in the cage on Downer Ave. Yesterday. Due to the almost 2,000 comments/private messages so far, we are just not able to respond to each one. The post has been viewed by almost 700,000 people already. The dog is doing well and remains safe with the Animal Rescue League in Boston.

We’d ask that you contact us now if you have any information about who the owner is or who dropped he dog off. Thanks again.”

Do you know anything? Reach out to the Hingham Police.