Found abandoned on a Sacramento sidewalk in September, a Chihuahua puppy is well on her way to recovery and capturing the hearts of thousands on Instagram.

Nellie was brought into the Sacramento SPCA in September after being abandoned. She was only a few weeks old and weighed 13 oz.

“She couldn’t walk,” said Sarah Varanini, foster care coordinator for the Sacramento SPCA. “She was only three weeks old and we don’t know if she was dumped or how she came to be there.”

Nellie was so small and young it wasn’t safe for her to stay at the shelter so Varanini began fostering her. Nellie had to be bottle-fed and nursed the small puppy back to health.

Nellie has since grown to be almost 2 pounds. The shelter would like her to reach the 2 pound mark and be at least six months old before she is adopted.

When that time comes it is likely that many people will be waiting to adopt her. The Sacramento SPCA has been posting photos of the adorable puppy as she recovers on Instagram and Nellie has quickly gained well over 1,000 followers. 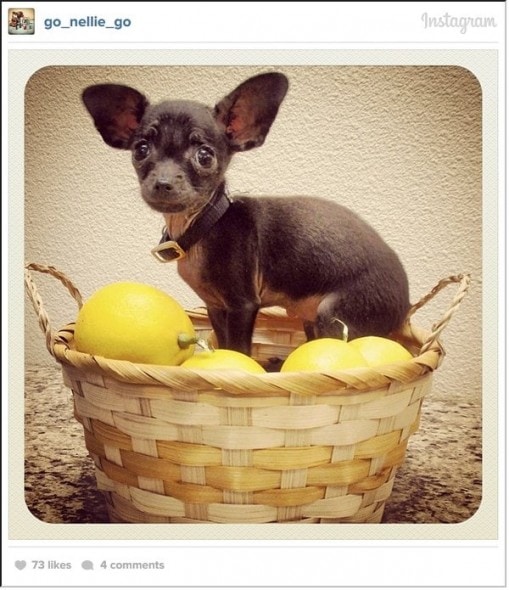 To find out more about Nellie visit the Sacramento SPCA’s website and be sure to check out her Instagram.

0 thoughts on “Abandoned Puppy Recovering and Capturing Hearts of Thousands”