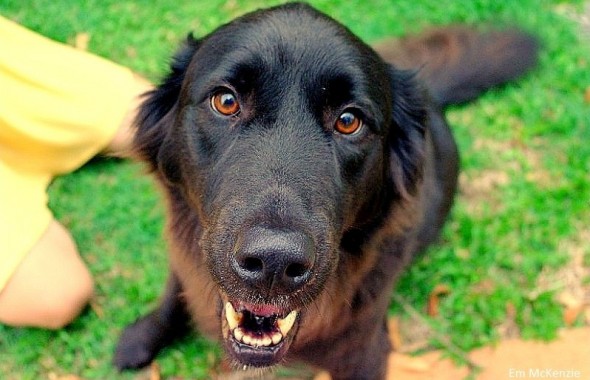 This plea comes from Em McKenzie:

Hello there! Thank you so much for viewing this fundraiser. This is for my dog Bailey, a rehabilitated rescue dog who is a gorgeous 6-year-old Kelpie x Labrador. Bailey is a beautiful dog who requires $5,000 worth of surgery to his leg.  He tore his cruciate ligament in his right leg some months ago. I did not have the money for the very expensive surgery, so (with the vets supervision and agreement) waited to see if it would improve over time. Unfortunately it has not.

This affects Bailey severely in that he struggles with walking. Depending on the day and the weather, he can’t get up on his own. It is progressively getting worse. He can only walk sometimes, and always with a heavy limp. He is constantly in pain, and often cries. Obviously, for a very active Kelpie cross who LOVES his daily walks and play times with his best doggie friend, Millie, this is horrible. He is on daily anti-inflammatories and painkillers. Our surgeon said that he has 7-10 years left of a good life ahead of him, so to leave him crippled is not an option. He will not be able to walk again without pain unless we have surgical intervention.

As his leg is growing worse, I am reaching out to the online community with an open heart, asking if anyone feels to help give this precious dog the happy life he deserves. Every little bit helps. I am hoping to book him into surgery in three to four weeks to prevent further damage being done.  The vet only accepts in full payment up front. The surgery is just over four and a half thousand, and the subsequent x-ray is around $350. (I can get a paper quote to scan into this page from the vet directly if you would like, please feel free to ask). 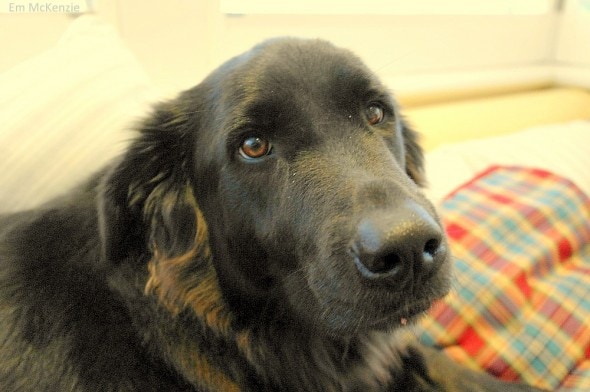 Bailey’s Story:
I adopted Bailey from a rescue centre when he was young. He had been severely abused; he had many broken bones and was deeply traumatised.  He was going to be put down because the rescue home believed that he was too damaged and would require too much rehabilitation to be adopted by anybody.  I came across his picture on an adoption website, and fell in love immediately with the little black dog with the saddest eyes you could imagine. I went to pick him up the same day, as he was due to be put down the following day.

It was a long journey to rehabilitation, a lot of work and a lot of love. It took him time to allow any kind of affection. Men were a big problem, as was any kind of hat or glove. He was never hostile, just terrified all the time.  The adoption centre believed the previous owners had tried to make him more aggressive, either to be a guard dog or for dog fighting… unfortunately you couldn’t meet a gentler dog, so they were unsuccessful. He was too scared to eat if we were in the room, and only would drink out of a shallow dish for a time (they believe that he was held under water to make him more of a fighter).

Fast-forward to six years later and Bailey is the most beautiful dog you could imagine. He is so loving, gentle and goofy. He has been completely healed of his traumatic past. I have had so many people say that he is the sweetest dog they’ve ever met, that they’ve never seen a dog so good with kids. He is so friendly and loving that they can’t believe his past history.

Bailey is a very beloved dog, who has many wonderful years ahead of him. Other than this problem, he is completely healthy and used to be very active before his injury.     During the surgery they will open up his leg, cut away the bone and rework the damaged ligament and joint. This is a very common surgery with a very high success rate. We will be going through the North Coast Veterinary Specialists, and our regular vet is Mountain View Vet.

Every little bit helps and is so appreciated. Anything to get me closer to the goal means him getting the surgery earlier and healing faster. Thank you so much for taking the time to read about my precious dog Bailey. 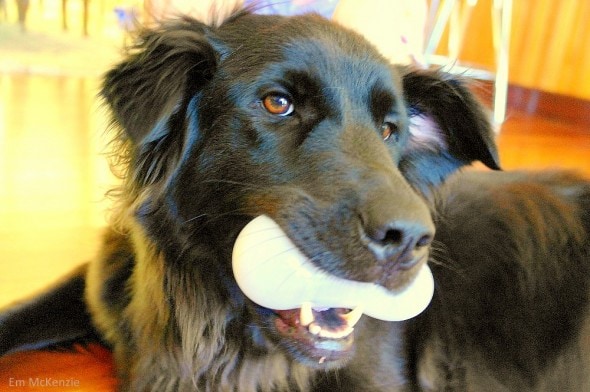