Stanley Jordan was heading to Euclid High School when he noticed smoke emanating from a house.  The student, who is a part of his school’s fire academy program, heard barking and rushed over to the house.  The doors were locked, and it appeared that no humans were home.

“It was like everything that happened in the classroom became reality,” Jordan explained to Newsnet5. 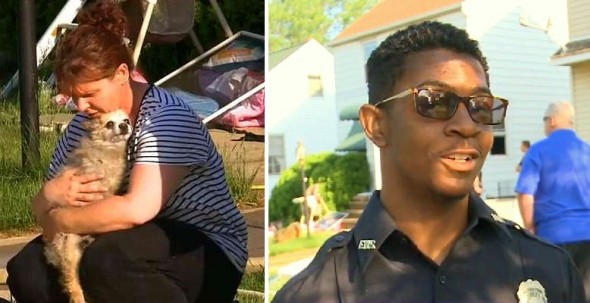 He ran down to the fire station and alerted the crew on duty.  Over a dozen firefighters quickly arrived on the scene.

“In my 20 years of fire service, I have never been to a fire where there have been so many animals in one home,” said Assistant Fire Chief Will Anderson. 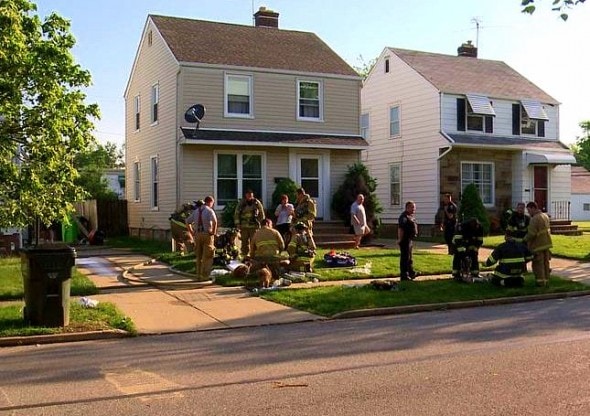 “Mostly all of them were brought out in poor condition.  Some were okay, but the vast majority of them required resuscitation.”

Tragically, one dog and one cat died of smoke inhalation, but the remaining sixteen dogs and one cat were able to be revived.  Anderson confirmed that homeowner Catherine Krzywicki was not home when the fire began in the kitchen. 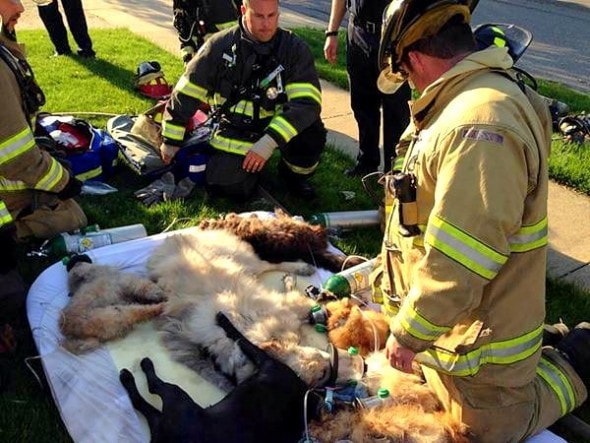 The animal lover runs a foster shelter out of her house, providing a home for animals – many of them seniors – who have no other.  She is a member of the Central Ohio Pomeranian Rescue, and takes in dogs from Cleveland Animal Control.

A fundraiser was initiated to help Krzywicki and her furkids, and the goal was quickly met.  However, more could always be used on costly repairs and caring for all her pets.  If you would like to donate, please click here. 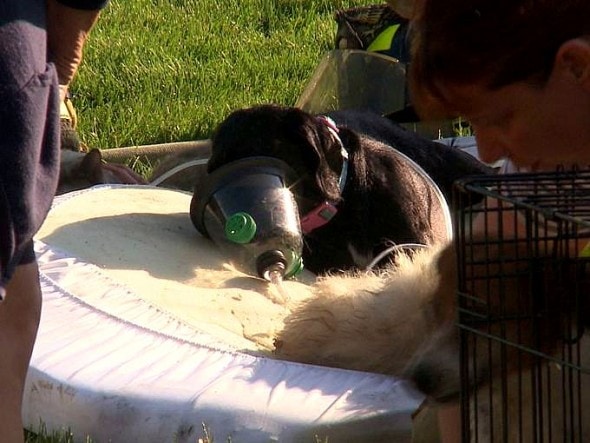 An update came from the fundraiser page yesterday:

“Currently eight dogs still in ER. Thank you so much to everyone that has donated so far. Your generosity is helping care for these dogs in need. We will keep updating as we can. Five of the dogs are currently at West Park Animal Hospital in Cleveland. The other three are at Willoughby Animal Hospital.” 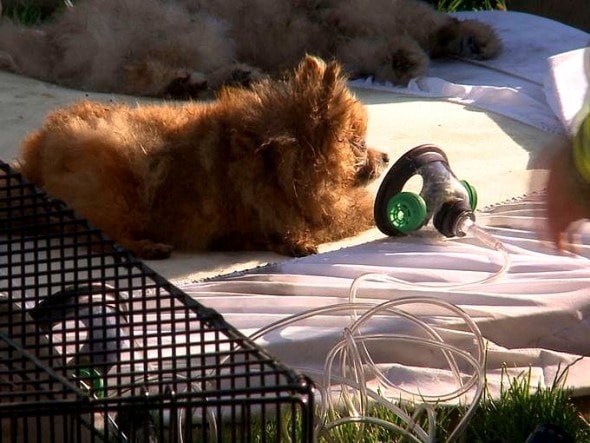