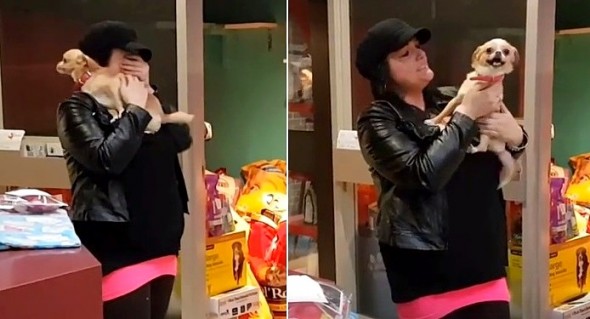 When a woman being abused by her boyfriend fled with her daughter and dog in tow, her dog was turned away at the shelter.  She had to put Cuddles in a kennel, and the costs became too high to get her back once she found a new home.  But when her story aired, a very kind-hearted person donated enough money to make sure this family would be together for Christmas.

“Nicole” had been tormented by her boyfriend for years, but the straw that broke the camel’s back was when he started hurting Cuddles, her Chihuahua mix.

“He started hitting the dog. He would grab her when he wanted to get control of me,” Nicole, who chose to use an alias, told The Dodo.  “I didn’t want my kid to see any more.”

Many will wonder why she didn’t leave sooner.  But it’s not so cut and dry.  Abuse usually doesn’t start right away, and it isn’t always physical.  Abusers break down their victims – they strip them of confidence, isolate them from supportive loved ones, and make them dependent so they can’t leave. 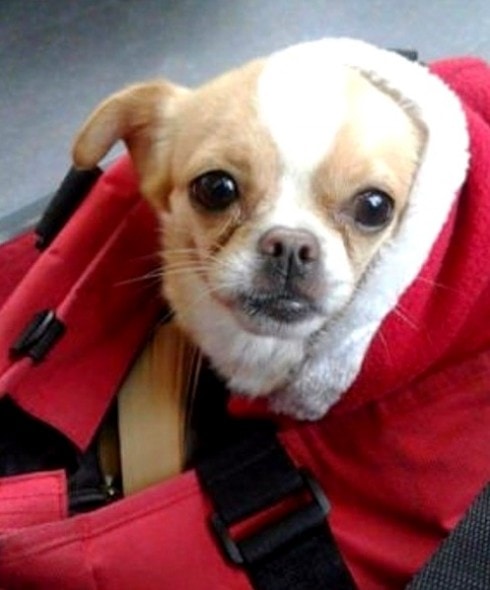 When Nicole finally had enough, she waited for her boyfriend to go to work.  She stuffed clothes into a garbage bag and got her young daughter and rescue dog out of there.  Cuddles is small enough to fit into a purse, so the three boarded a Greyhound bus and got the hell outta dodge.

But when they arrived in St. Catharines, Ontario, hundreds of miles away, the battered women and children’s shelter would let Cuddles in.  Nicole was distraught; she had had the dog for five years, and couldn’t bear to be separated from her.

“I rescued her when she was a puppy,” she said.  “She was thrown against the wall.”

She gave the dog’s former owner her entire paycheck to convince him to give her up.

“She goes in my purse. She goes everywhere with me.  I’ve had her by my side ever since.”

Up until November 21st, when Cuddles had to be kenneled.  Nicole wasn’t even allowed to visit, because staff felt that seeing her come and go would cause even more confusion and stress.

“She must be a mess in there,” Nicole said. 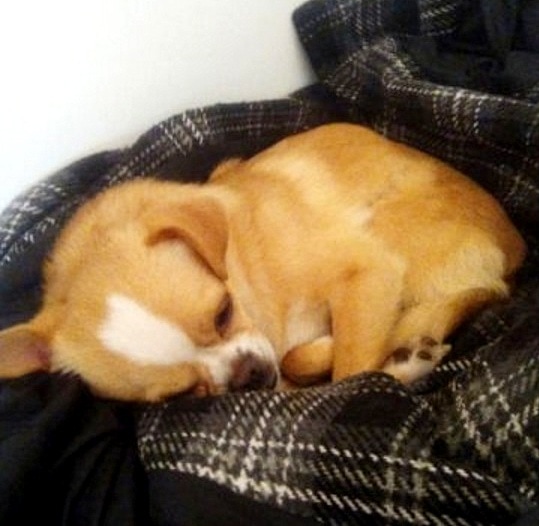 In December, she found an apartment where she can move in on the first of January.  But the boarding facility charges $23 per day to keep Cuddles, which will add up to nearly $1,000 by the end of this month.

Nicole spent the last of her savings on her new home, and had no way to scrape up enough to spring Cuddles.  The kennel was understanding, and slashed the bill to $500.  But it was too much, and she knew she’d have to tell her daughter that this Christmas was not going to be easy for them.

“I wanted to be honest with her.  It was already going to be hard, getting out of this situation,” the mother explained.  “But she said, as long as Cuddles could come home, that’s all she wanted for Christmas. It kind of broke my heart.”

The Lincoln County Humane Society set up a donation fund in hopes of getting this family reunited for Christmas, and now they have been.  The reunion took place on Wednesday.  In addition to getting Cuddles back, Nicole was also given a $500 gift card to Wal-Mart.  Hopefully now this family can heal and make a fresh start now that they know they will all be together.