Molly is perhaps the very definition of “lucky dog.”  Firefighters in Charlotte, North Carolina responded to a house fire, and she had to be taken out of the house by first responders.  When they brought her out to the front yard, she was completely unresponsive, but thanks to the tireless efforts of the rescue crew, she was revived!

Johnique Peay is Molly’s human mom and lived at the property that caught fire.  She was lucky enough to get herself out in time, and that it was only her and Molly in the house at the time in the first place.  When she became aware of the fire even happening, which was around 4:45pm on Tuesday, she was already cut off from being able to rescue Molly, so all she could do was hope for the best when rescue crews arrived.

“You could just see and it was like, ‘oh my God,'” said Peay.  “The only thing I could think about was the dog.  When they brought her out she was basically gone.  “Until they brought her back and gave her oxygen.  So I’m very happy that she’s okay now.” 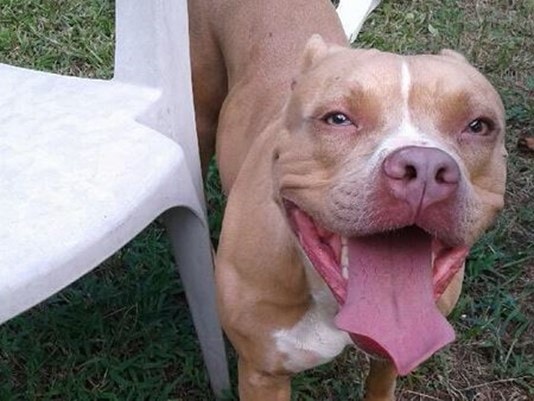 Most of the time, the fire crew carries specifically made canine resuscitation masks for just such occasions, but they didn’t have one at the time.  Using a bit of quick thinking, one of the medics cut their own mask down to size for Molly, and tanks to them she was able to survive.

While her family now finds themselves homeless just a few short days before Christmas, Peay is just very relieved that Molly is going to be OK, and that no one else was home at the time to also be in danger.  The rescue crews do not believe that Molly suffered any further injuries from the smoke inhalation, and it is expected that she’ll make a full recovery.

The family is being assisted by The Red Cross according to news reports, so anyone wishing to donate anything to the family can simply make a donation to their local Red Cross.  Unfortunately, the Red Cross does not allow direct donations made to anyone through their organization.  If a GoFundMe or something of the like does start up, we will post an update here. 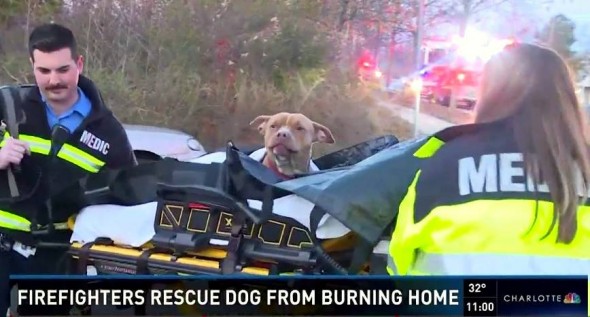