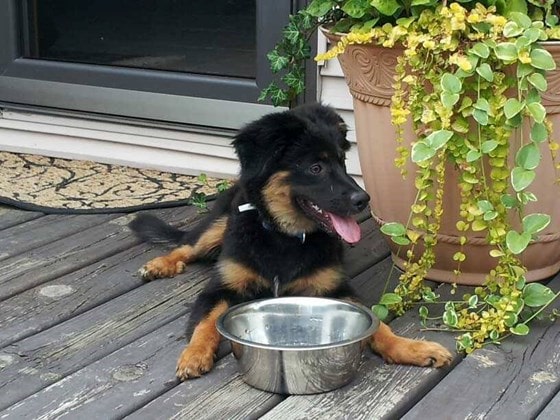 After suffering horrible abuse from his owner a puppy in Michigan is on the mend. The three-month Australian Shepherd mix named Frankie needs surgery and one woman is stepping up to raise the funds.

When Frankie’s previous owner discovered the puppy had eaten his hamburger the man picked the puppy up by his neck and threw him off his porch. Frankie suffered a broken paw from the incident. Frankie was rescued by someone, but they couldn’t afford to get Frankie the care he needs for his paw.

Frankie’s paw healed incorrectly and he now struggles to get around. He needs corrective surgery and one woman is determined to help him get it. Dawn Vargas heard about Frankie and took it upon herself to take him in and start raising funds to get him the help he needs.

Dawn even drove to speak with an orthopedic specialist to find out exactly what Frankie needed. Vargas doesn’t plan to keep Frankie, but she will foster him until he gets the care that he needs.

Anyone wishing to help Frankie can make a donation through this link.

The man responsible for hurting Frankie is facing animal torture charges and could serve up to four years in prison if convicted.