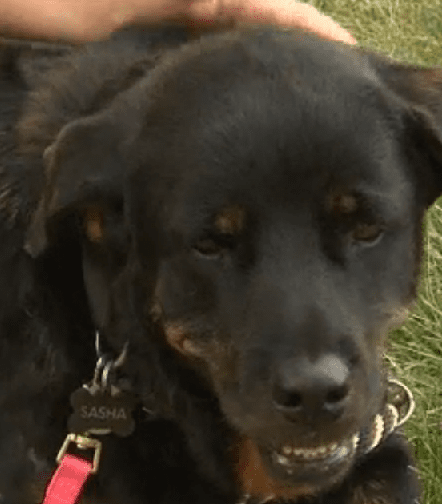 A Rottweiler named Sasha went missing five years ago from her home in Indiana. On Sunday she was reunited with her owner after being found in Phoenix, Arizona.

A few weeks ago Jen Koczan got the incredible news that her dog Sasha had been found after five years. She was shocked to learn that Sasha was all the way in Phoenix, Arizona. Sasha had been turned into the Anti-Cruelty Society and Phoenix and a scan found the dog’s microchip linking her back to Koczan.

“I never thought I would see her again,” said Koczan. “I thought about her all the time. I wondered what happened to her. I still have pictures of her. She was part of our family.”

It wasn’t all good news though. The shelter only gave Koczan a few days to figure out how to get Sasha from Arizona to Indiana before they would put her down. Thankfully volunteers from Kindred Hearts Transportation Connection came to the rescue. A group of volunteers from around the country helped transport Sasha from Phoenix to Indiana.

It took a total of two weeks and 26 volunteers to get Sasha home. For the volunteers though it was more than worth it.

“It is moments lie this we do what we do,” said Staci Goveia, one of the volunteer drivers. “Seeing the dogs back with their owners. Great.”