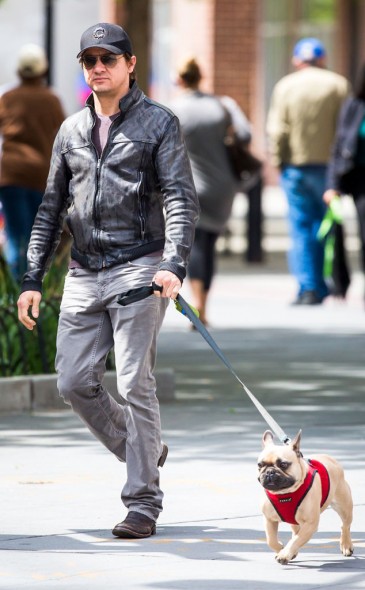 Jeremy Renner’s French Bulldog Hemi has been missing for almost two weeks and he is determined to bring his best friend home. The movie star has created a Facebook page and is offering a $5,000 reward for the return of Hemi.

On July 19th Hemi escaped from Renner’s L.A. home when a power failure caused the front gate to slide open. Hemi was wearing a collar at the time, but not his identification tags and he is not microchipped.

The 1-year-old French Bulldog weighs 25 pounds and is mostly tan with a black face.  Hemi suffers from a hip condition that requires daily medication. It is very likely that he now has a limp of stiffness in his legs because he hasn’t been receiving the medication.

Renner began handing out flyers in the surrounding area immediately after Hemi’s escape. He has been checking shelters regularly, has listed a posting on Craigslist, and created a Facebook page. Renner also sent out a robocall to 4,000 homes in the area telling residents to be on the lookout for Hemi.

Renner is offering a $5,000 reward for anyone who returns Hemi, no questions asked. If you see or know anything about Hemi please call (310) 954-9126 or email [email protected].

Renner has been thankful for the support he has received so far in his search for Hemi.

“Everyone has been so wonderful in offering help, and in some cases, taking the initiative to go out there and DO SOMETHING!” was posted on the Hemi Missing Facebook page. 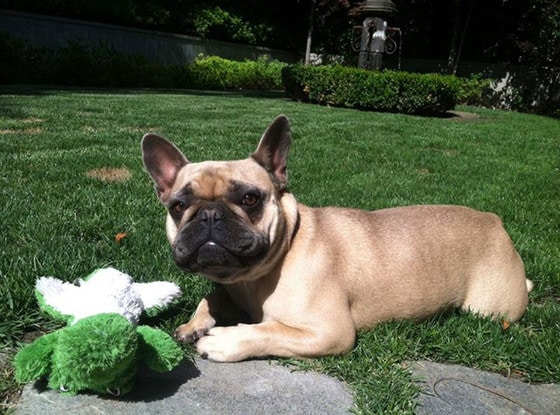