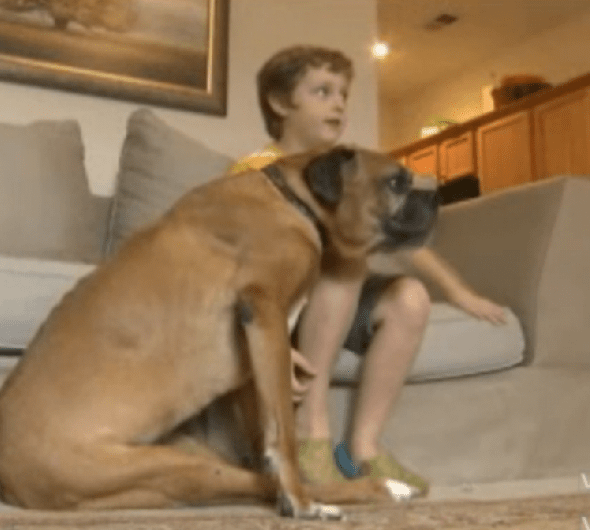 When Ryder McConathy’s best friend Cacious needed a wheelchair the 8-year-old boy did whatever he could to raise the money for it.

Cacious is Ryder’s dog and is like a brother to the boy. Cacious is nine years old and last fall he was diagnosed with degenerative mylopathy. It was hard to watch as Cacious detiorated.

“He fell down the whole set of stairs and the next day his feet were sort of dragging and we realized [what] had happened to him,” said Ryder.

Cacious’ family knew the next step was to get Cacious as wheelchair to give him his freedom back. Ryder was determined to raise the money for it.

In just a few days Ryder raised $315 by selling key chains and magnets. It was more than enough to get his best friend the wheels he needed. The leftover money that Ryder raised is being donated to the Humane Society.

Cacious is still adjusting to his new wheels, but he’s starting to keep up with Ryder again.