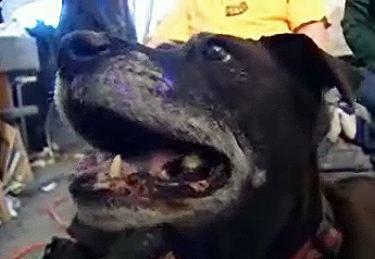 An Oregon man says he owes his life to the dog he adopted ten years ago.

Danny Fincher suffered a massive heart attack and collapsed in a stairway in his North Portland home. His 15-year-old adopted dog, Ceili, pulled him down the stairs, and then ran upstairs to alert Fincher’s wife by barking incessantly.

As a result, Ceili has been nominated for the Dogs of Valor Award issued by the Humane Society of the United States. Winners will be announced this Sunday, but there is still time to vote in the People’s Choice awards – voting closes today at 5p.m. EDT.