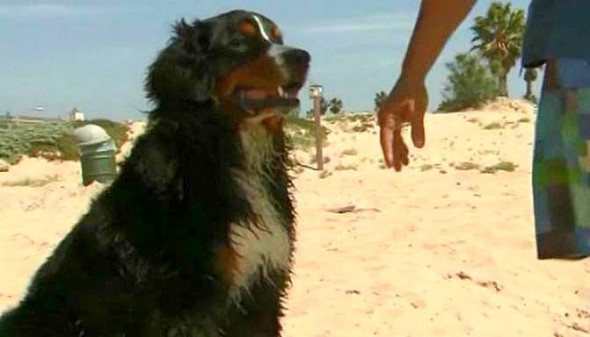 A recently adopted Bernese mountain dog became a hero when he saved two people who were being swept out into the ocean.

Too months ago, Dan and Vivian Clarke adopted Nico from a local shelter.  Nico was enjoying himself on the beach in Ventura, California last week when he noticed something was amiss.

A lady appeared to be struggling against the riptide.  The woman’s husband swam out to save her, but Nico was already on it.  Dan, a former lifeguard, couldn’t believe the instinct of his dog, who wasn’t known to have ever been in the ocean. 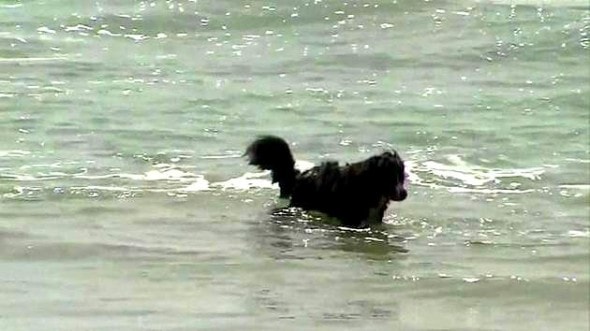 He shouted for the woman to grab Nico anywhere she could.  With one arm around Nico’s chest, the woman was pulled to shallow water.  But his work wasn’t over.  The valiant dog swam out to retrieve the husband, who was also being swept away.

“The woman and the gentleman they were just exhausted. They just looked and said, ‘Is that, like, a trained life-saving dog?’” he told KTLA.  “That’s the first time I’ve seen him doing something like that.”