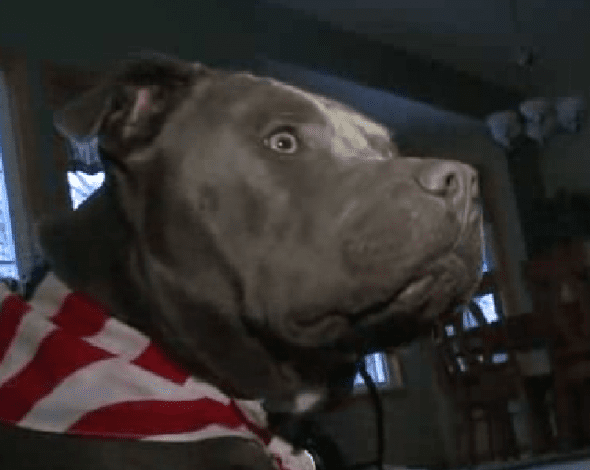 Five months ago Tank was looking for a home when he finally got adopted from the Pound Buddies Animal Shelter in Michigan. However it would be several more months before he would bet to meet his owner Buddy Raymond. This past Saturday Buddy and Tank finally met in person when Buddy came home from serving in Afghanistan.

Tank, a two-year-old pitbull, was lucky to find a home five months ago. Victoria Swanson adopted him for her boyfriend Buddy Raymond. At the time Buddy was serving overseas so for month Tank and Buddy only knew each other via Skype. Finally the two new friends met in person on Saturday when Buddy came home.

Tank spent the day waiting at the door for Victoria and Buddy to come home. When Buddy walked through the door Tank immediately hit it off with him. Finally there were pets and belly rubs and all the love and attention that both had been waiting months for. The family is looking forward to relaxing and spending time together, though they already have an important job in mind for Tank. “Tank’s going to be our ring bearer,” said Victoria. “We’ve got a lot of things planned with Tank in it.”