Almost four years ago, my mom died. It was sudden and terrible, and the worst emotional pain I have ever felt.

At the time, I didn’t think my heart would ever heal, because while in the thick of that sort of deep, almost unbearable pain, optimism just wasn’t on my to-do list. It felt like someone reached into my body and pulled out a chunk of my soul — you know, if souls had chunks. If you’ve lost a parent, you probably understand the feeling.

Right away, I started seeing a therapist, because my grief stirred up all types of emotions and feelings I never knew I could have. She said she thought it would be a good idea if I got a dog. And since I love dogs and happiness, she didn’t have to tell me twice. 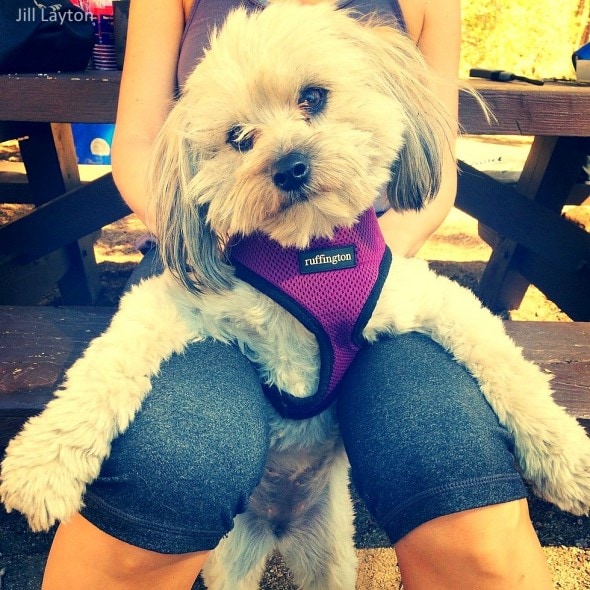 I adopted Riley a few months after my mom died. I knew that getting a dog would help distract me from my grief, but I didn’t quite know the extent of how things would change. 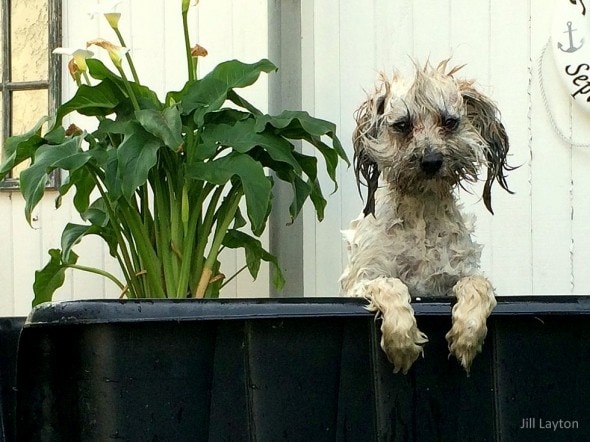 This 13-pound, 1-year-old Lhasa Apso/poodle mutt gave me a purpose. All of a sudden I was responsible for another living being. She relied on me for everything: eating, sleeping, affection, peeing, pooping and playing — like a human baby, but furrier. And the truth is, I relied on her, too. 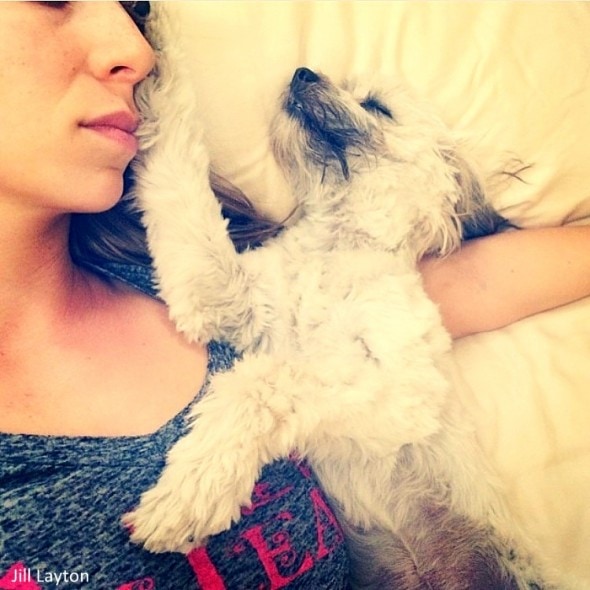 When I met Riley through rescue organization Jimi’s Angels, she was at the tail end (see what I did there?) of nursing her three puppies. All four dogs had been found in a cardboard box in an alley in South Central LA. Chances are Riley had some sort of home before she got pregnant and was thrown outside like she didn’t matter. 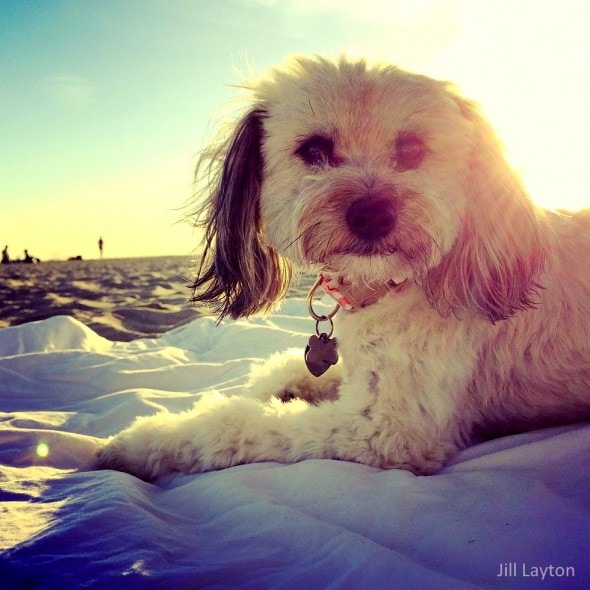 I felt an instant connection with her. We were both sad for reasons that were out of our control, and we both desperately needed love. 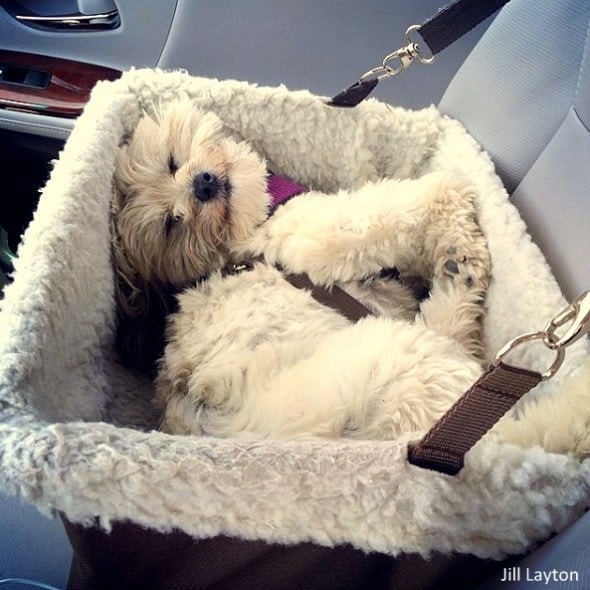 Riley filled a gaping void that developed when my mom died. Parents have this magical ability to love their kids in the most unconditional, beautiful way. Losing that sucked the life out of me. But with Riley, the healing process seemed to just happen. I didn’t stop grieving my mom when Riley came into my life; she just gave me the ability to rebuild myself around it. 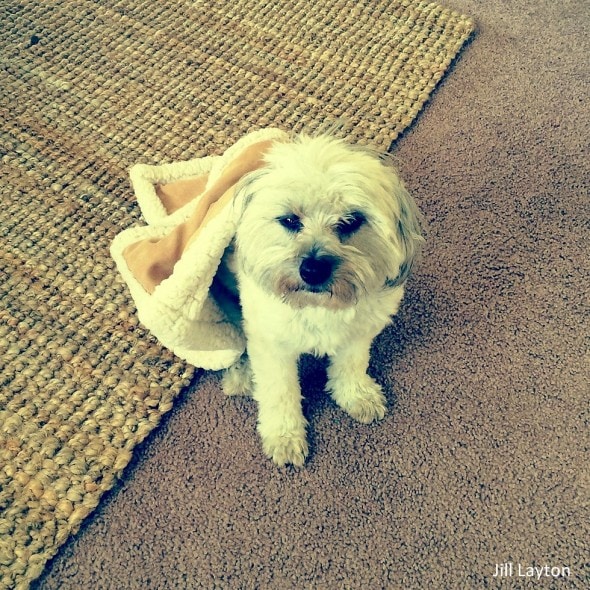 Because of Riley, I was able to invest in love again without the fear of losing it. I was able to unconditionally love this adorable, sweet dog. She brought me to a place where I was able to be open to meeting someone — and that someone happened to be the person I would spend the rest of my life with. My wife and I were married two years later, something I truly don’t think would have been possible so quickly had I not adopted my dog. 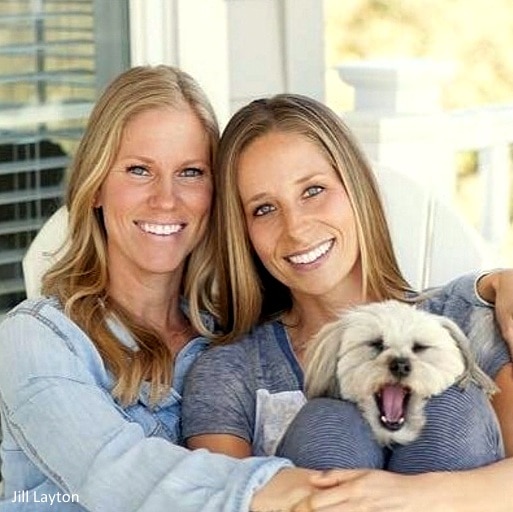 It sounds so cliché, but she also gave me the ability to laugh again — real, unabridged laughter. When you’re mourning the loss of someone close to you, a lot of pretending happens. Pretending to be OK, pretending to be happy and pretending to laugh. Riley’s a character. So when she came along, I didn’t have a choice. Laughter and joy just happened. She’s ridiculously funny and doesn’t even know it (because she’s a dog). I love her for that.

Losing a parent will likely happen to all of us, if it hasn’t happened already. When that day comes, I hope you surround yourself with the love and support you need. And if that happens to include a dog, I don’t think either of you will regret it. 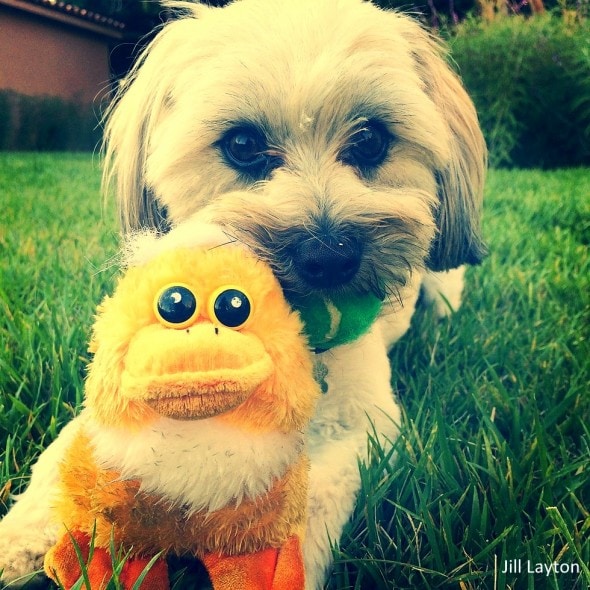