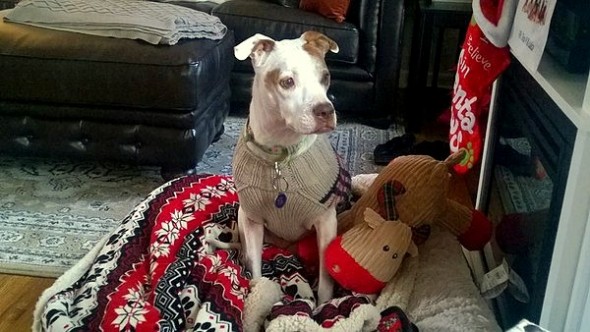 Over 10 years ago, Tine P.’s family abandoned her, and she spent the next decade living in a Charlotte, North Carolina kennel.  Despite having her own Facebook page, no one ever stepped up to adopt her.  But her days of sadness are over, because at long last she has a place to call home!

After years in boarding, the kennel reached out to the American Pit Bull Foundation to help find Tina P. (Tina the Pibble) a home.  Her own Facebook page was started, garnering nearly 8,000 likes, and though she was fostered, no permanent home for Tina could be found. 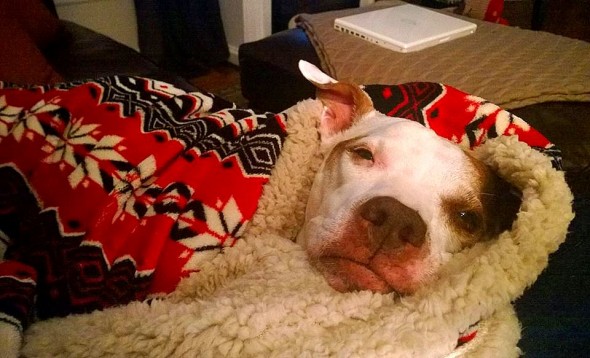 But some small miracle happened just before Christmas – a woman named Laiza adopted her!  Tina’s foster mom spent Christmas Eve on their final road trip, allowing her to say goodbye as she drove her to her new home.

Tina seems to be settling in very well, and Laiza looks to be very caring, providing her pup with cushy new digs.  She gave fans an update the day after Tina’s arrival: 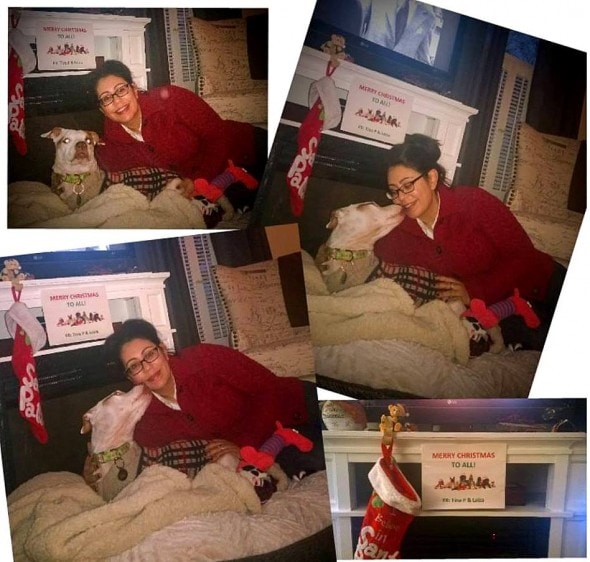 “Christmas. It’s nearly over but what a happy Christmas it was! Tina’s new mommy here. It’s been an exciting last few days and most especially in the last 24+ hours.

“So thankful to her first mommy, Jennifer McAllister Hunt and her hubby, Matt, for making the drive from North Carolina. So thankful for all that Jennifer & Co., and the American Pit Bull Foundation have done. After 10 years at Granbar Kennels, Tina is home, forever.” 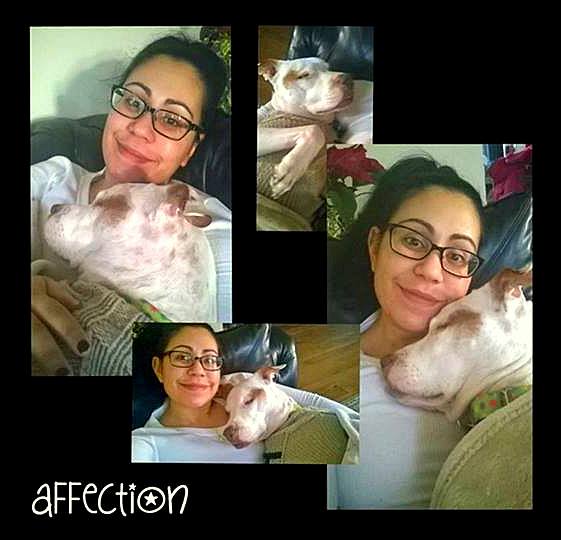